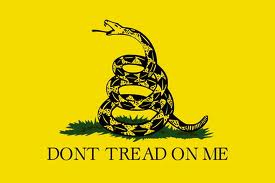 The Well
The well is full of fear,
and every day we have to
drink poison, bathe in it.
We know the well
is broken and fearful
but pretend we do not know
what broke it.
The village is clamorous drunk with
senselessness, blank and softened in that acid bath,
so that the pale flickering light
that shines sly behind every curtain
burns indelible images on damaged corneas
and rumbles an echo of wardrums into half-deaf ears
to sell cornflakes and cars.
Every soul must buy a badge and
every house have a plague cross on the door,
marked red or blue, and at primetime a bell rings
to bring out the ones we wish dead--
The Socialists or
The Patriots or
The Illegals or
The Not Real Americans or
whoever we've learned to hate today--who?
They're already gone
hauled off and dumped
in the dead waters that feed the well.
Every day the fear gets louder, the blue light stronger and
more curdling, the water less able to quench
as drinking it becomes sweeter.
It makes the mind dizzy and eager to
congratulate itself on its sapient foolishness, or
buzz with an insectile thought-erasing rage, as it
stings reason to death.
The well is broken, but we drink from it anyway.
Soon now it will be drained by the thirst
and the bucket will go down
deep down into the heart of dissolution
and come up not just heavy with
mud and iridescent sludge
And venom that
clings like grief to the mouth,
but with the secret that lives at the bottom of the well:
that we are the ones
who broke it.

November 2010
Written for the Monday November 8th Prompt at Big Tent Poetry, which was to use a book title from the New York Times Bestsellers List. I chose Broke, by Glenn Beck.
Posted by hedgewitch at 12:31 AM

Email ThisBlogThis!Share to TwitterShare to FacebookShare to Pinterest
Labels: 2010, beckistan, no intelligent lifeforms