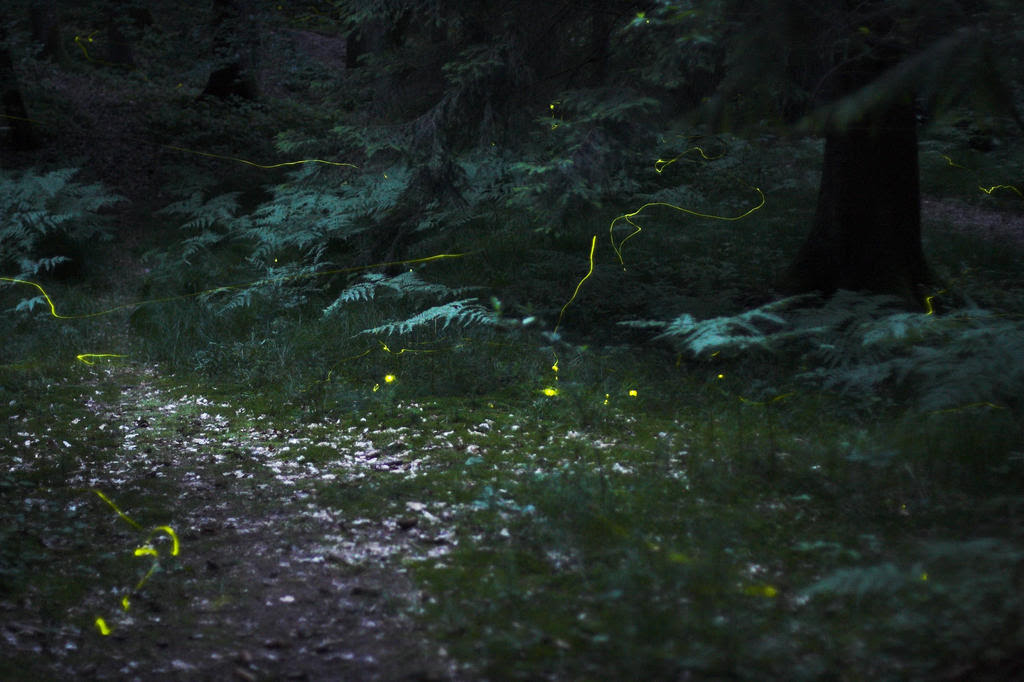 
We took a break from the butcher’s ballet
to dance a few steps where the bank met
the whittling river.
You wore your blue mask, your milky skin,
your matchbook eyes
umber and ruminant.
They lamped the meadow,
illuminant for all the wayward
menagerie of my fancy
there in the black
New England midnight
when the fireflies began to burn.
Your cloak your russet hair in dark folds stippled your face
that day, the day before I cut it for the road. It
hung the shadow in my eyes, blew like dying stars
on the long wind, snapped across the night
to catch in my lips, give them a taste
of salt surprise and you a veil
for the look you always had to blur.
The balefires burned while the world hissed and spat
nowhere near that shingle of void where we kissed.
Lives came and went, the planets placed a pirouette
rippling in your face that showed only
the crabshell mirror of the halfmoon’s smile.
The whispered words, the sentient fingers
flicked lingering on my stops so much more
fluently than on your instrument of brass,
the reed of my desire that ever bent between
your tongue and will, all of me you caused
to make that music never heard on stage;
the truth that spilled like blood,
the plangent harmonics
beyond the bordered breaths,
the sighs, the cries, the tears
coming to us unseen
walking on the riptide of the years;
that was the blue masque we made
the music we played there before you blazed.
Then, while the bonfires of war
burned brighter and the mill
of the gods
ground small.

Posted by hedgewitch at 3:50 PM

Email ThisBlogThis!Share to TwitterShare to FacebookShare to Pinterest
Labels: blue nowhere, case of you, hellsnake on my trail, jazzman, masque, wild hunt