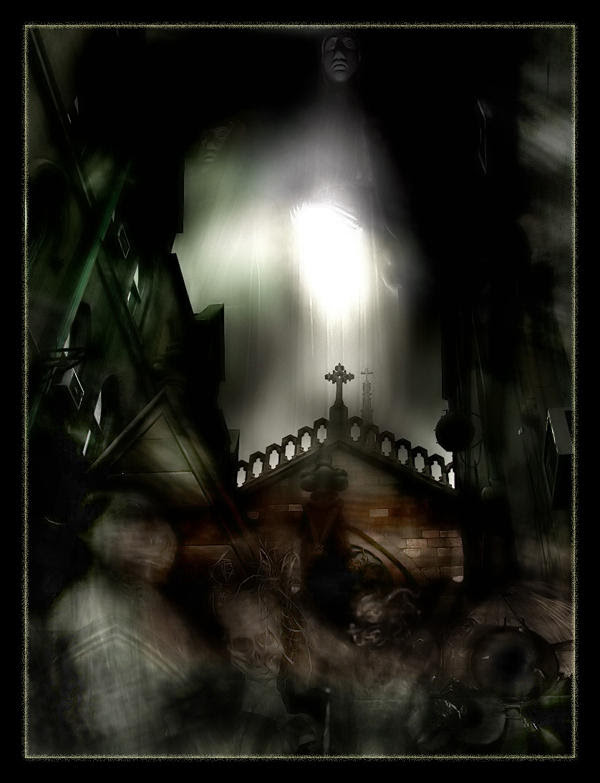 Three Fetches
Three fetches came to the door last night.
I  watched them come pouring,
pale blood from the world’s wounds,
toward the pearlgrey house of self where I live
but do not own.
There where I sat writing
at the convex monocle of the front window
my eyes pushed against them,
hoping to blink them out, away, back
somewhere, anywhere,
yet still they slithered, ternion missiles
faster than white fire consuming a paper leaf,
than the killing icemelt of cataracting waters,
a sepia triad of naked grue and clutch,
bony fingers long as the last mile.
Before I could run, they slid
crawling on their bellies, inevitable as the tic
of thunder to lightning, three vapid mouths spreading
in a parody of breath, closer, faster, to the only door
on that blur of a street that never was.
They had no bones, they had no souls,
no voices, only infinite need,
an abyssal void to fill and the means to fill it.
I screamed. I screamed your name.
I screamed: “Three Fetches!”
You laughed,
you told me it was just
Anita, and Raul’s wife and
the soldier’s widow, coming to the dead house
where you let them in.
I looked before we went down
and saw no wives or widows
nothing named
just the cold wet dripping teeth
the black unblinking amphibian eyes.

dictionary.com
Posted by hedgewitch at 10:57 AM