Off the Shelf Archive ~September

In preparation for changing out selections for the Archive, I was browsing poetry sites a bit earlier today and saw that there is a Wallace Stevens Award for Poetry, given by The Academy of American Poets. I was immensely saddened to find out I'd never heard of it, (or hardly any of the poets who've received it since it was established in 1994, except for W.S. Merwin and Adrienne Rich.)

Naturally, with my Wallace Stevens issues, I had to check it out, and found the 2011 recipient is contemporary poet Yusef Komunyakaa, born in 1947 in Bogalusa, LA, whose work is totally new to me, though he's been around and published for quite awhile. Since I hardly ever pick living poets, and rarely ones I haven't read extensively, I thought I'd make this next Off The Shelf page his poem: 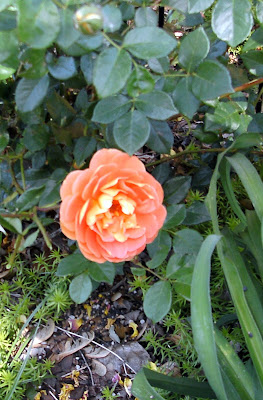 Time present and time past
Are both perhaps present in time future,
And time future contained in time past.
If all time is eternally present
All time is unredeemable.
What might have been is an abstraction
Remaining a perpetual possibility
Only in a world of speculation.
What might have been and what has been
Point to one end, which is always present.
Footfalls echo in the memory
Down the passage which we did not take
Towards the door we never opened
Into the rose-garden. My words echo
Thus, in your mind.
But to what purpose
Disturbing the dust on a bowl of rose-leaves
I do not know.
Other echoes
Inhabit the garden. Shall we follow?
Quick, said the bird, find them, find them,
Round the corner. Through the first gate,
Into our first world, shall we follow
The deception of the thrush? Into our first world.
There they were, dignified, invisible,
Moving without pressure, over the dead leaves,
In the autumn heat, through the vibrant air,
And the bird called, in response to
The unheard music hidden in the shrubbery,
And the unseen eyebeam crossed, for the roses
Had the look of flowers that are looked at.
There they were as our guests, accepted and accepting.
So we moved, and they, in a formal pattern,
Along the empty alley, into the box circle,
To look down into the drained pool.
Dry the pool, dry concrete, brown edged,
And the pool was filled with water out of sunlight,
And the lotos rose, quietly, quietly,
The surface glittered out of heart of light,
And they were behind us, reflected in the pool.
Then a cloud passed, and the pool was empty.
Go, said the bird, for the leaves were full of children,
Hidden excitedly, containing laughter.
Go, go, go, said the bird: human kind
Cannot bear very much reality.
Time past and time future
What might have been and what has been
Point to one end, which is always present.

Garlic and sapphires in the mud
Clot the bedded axle-tree.
The trilling wire in the blood
Sings below inveterate scars
Appeasing long forgotten wars.
The dance along the artery
The circulation of the lymph
Are figured in the drift of stars
Ascend to summer in the tree
We move above the moving tree
In light upon the figured leaf
And hear upon the sodden floor
Below, the boarhound and the boar
Pursue their pattern as before
But reconciled among the stars.

You can read the remainder of the poem here.