Ten Years After and The Sentinel 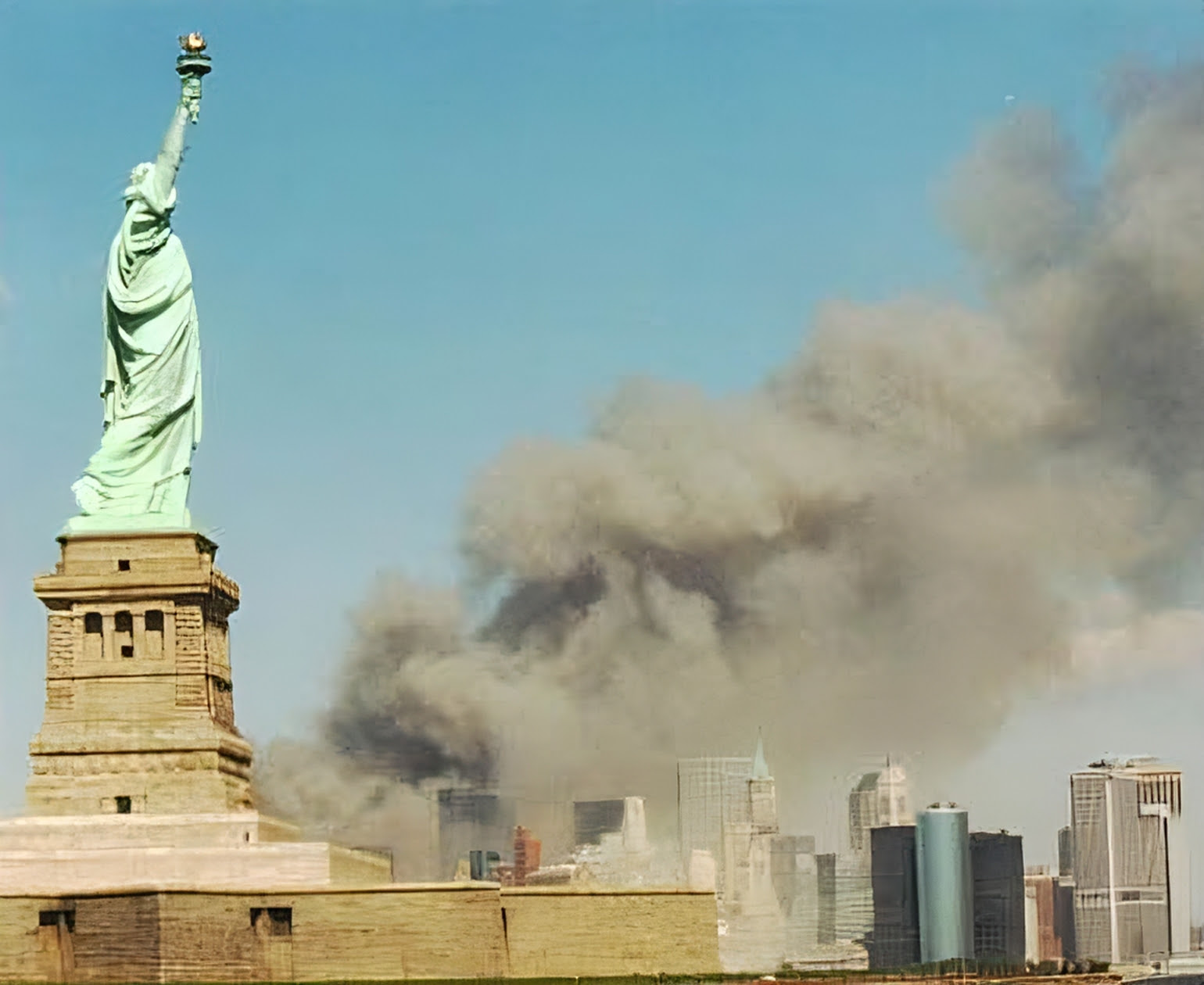 I've written two poems for the complex topic introduced by Mark Kerstetter for today's Poetics prompt at dVerse--the idea of using our words to explore the wounds of tragedy, with the example of that huge and over-riding tragedy that happened ten years ago in New York City in our minds. The first is a triolet that is probably more in tune with Mark's message, and the second a more cynical and political appraisal. It's a very difficult task, I find, to really turn over something fresh after all these years and all the hype and consequences, but the core of pain is always there to explore.

Ten Years After
A triolet

I searched for you I searched for my best
lost where life became dust and smoke.
Bricks burned and fell in a failing test.
I searched for you I searched for my best
in paranoia, noise without rest
where faith was dark, when reasons broke.
I search for you I search for my best
blackened, lost where life turned to smoke.
September 2011
Sentinel
Watching from the waves
waiting for the night
wavering with the wind
winnowing the sight
taller than the microphone tree
the legless sentinel stands elegantly.
Before the staring sun
beneath the secret stars
beside the heart of fear
beyond the insect wars
blind in black infinities
the eyeless sentinel sees degrees.
Playing the patriot’s game
prowling the profiteer’s alleys
punishing sidecrawling cells
purchasing silicon valleys
avarice plays the same skin flute;
The many-tongued sentinel’s mute.
Crying the widow’s tears
consuming the motherless child
culling the careless earth
crowing the caw of the wild
inhaling each exhaled breath,
the apostate sentinel reinvents death.
August 2011,
revised September 10,2011

Posted by hedgewitch at 2:18 PM