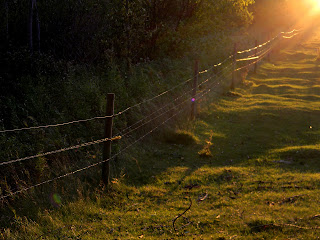 Broken Fix
A diddler and a dabbler
a putzer and a fiddler
finder and discarder
a fixer of sorts
but he's learned never
to love anything so much
he’d have to care
if it stays broken.
He can spend his money
for seeds the weeds overtake.
He can hitch up the come-along and crank
till the sagging fence sits up straight for awhile.
He can read the fine print
as long as he has his glasses,
but  can’t see today, see her sweating
on the tractor under the griddle sun
hawkcircling where love cuts like a razor
blade from stem, crop from soil
days from years
one from the other.

He doesn’t remember much
from when they met years ago,
when she smiled and said, one woman’s trial
is another woman’s treasure,
how she told him
if he took all the hippie out
there’d be nothing left.
Now she stands with arms folded
propped on the fence post, watching
the old blow in to stay, knowing
hers is the first name
he’ll forget. 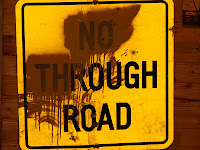 Optional Musical Accompaniment
Speaking of the old blowing in, Shotgun Willie sings some Dave Mathews and shows he still can make the hairs on your arms stand up with that voice

Email ThisBlogThis!Share to TwitterShare to FacebookShare to Pinterest
Labels: 2012, couldn't stand the weather, crop failure, dry as dust, even cowgirls get the blues, real toads