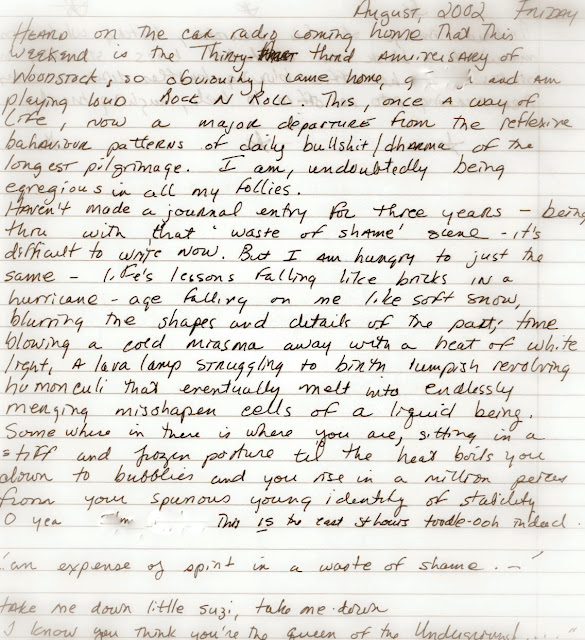 Unappeased
Appeasement is not immortal;
any stomach will tell you that
there are wastes where shame
never shows her face.
Hurricanes don’t build
however many bricks they pile
one on another as easily as
on a tree, dog or tomato
or inject into a snarl of wrecked
timbers, limbs and broken glass.
But age is soft snow yes
I know it is
bitter cold, blurring, preserving
as it dances down, and silences
everything except the hunger that
can only be appeased by returning
empty and calling,
bubbling from the base, the
melted voodoo doll of self,
suddenly become many
lumpish revolving homunculi,
misshapen cells
oozing up through the thick blue
boiling lava lamp abyss
in improbable, million-pieced
egg shapes and rhomboidal failures
all eventually defined, potent,
inexpressible, fused or refused
revealing, merging,
unappeased;


it's only movement that
endlessly
draws the eye,
the wax is stiff at first
but still the same.
March 2012

Posted for   Poetics   at dVerse Poets Pub
Shawna of rosemary mint is hosting today, and asks us to revisit the year 1999 in our lives; I've skipped on a few years, and found a journal entry from the closest date I could and worked from that, but the essence of what was going on, and the feeling are the same, I think.