The Flowers of Dorian Gray 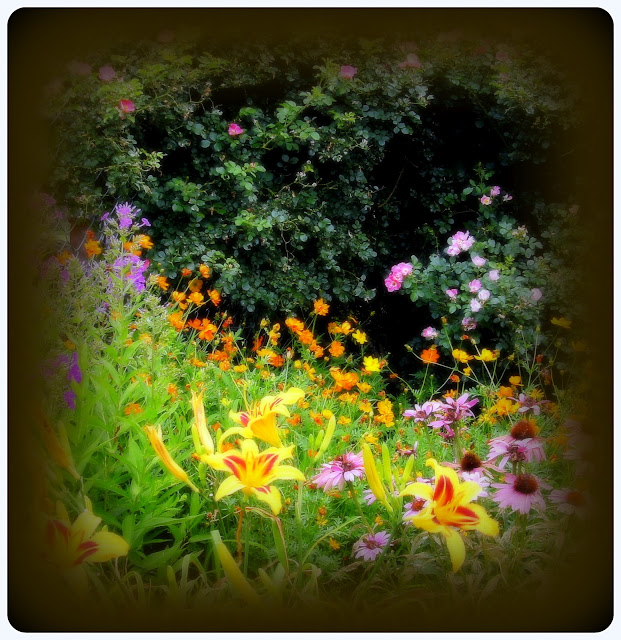 The richest harvest always comes they say
from blackest earth deeptilled in hard worked fields.
Still there’s a freedom in the tumbleweed
the dry unworked and feckless desert yields
or blowing dandelions, golden in the clay.

But here’s a place I’ve made the circus stop
where seeds fall as they will, where time’s own face
is changed into wild flowers of Dorian Gray
where all deeds past with beauty interlace,
where top is bottom and the bottom’s top.

Posted for   real toads
Kerry's Challenge: The Envelope Quintet
And challenge it was. I chose the extended alternate version of the form
abcba, cdedc, efafe in the hated and dreaded iambic pentameter, which has royally kicked my butt up down and sideways for the last 24 hours.

Also posted for   Poetics   at dVerse Poets Pub
Karin Gustafson hosts this weekend, with a prompt entitled Duty Calls,
asking us to explore the realms of duty and obligation.

Process notes: In the famous novel by Oscar Wilde, The Picture of Dorian Gray, a man's evil and dissipated choices are reflected in a portrait which grows older and uglier with each deed, while his face remains youthful and handsome. I've reworked and reversed Wilde's metaphor here a bit.

Posted by hedgewitch at 6:29 AM