The Absence Of The Bee 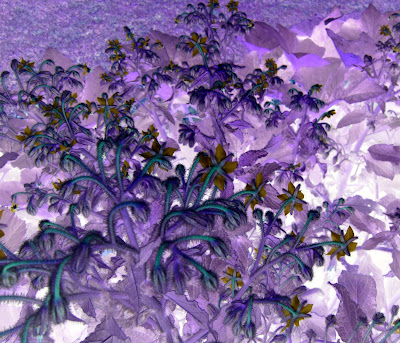 The Absence of the Bee
A Triversen
The bees have gone away;
the heavy absence of their humming
matches the blossoms' wither.
On shrinking stems
flowers petal-fall closed parasols
and pink petticoats peel away.
Black beetles are blind
to orange-anthered hats,
preferring unseemly chewing.
The attention deficits
of waggish bustling wasps
and dizzy moths puzzle pollination.
The tickling of an occasional ant
wandering from his pheromone trail
can't trump a bee's tumble.
The silence of life
without bees
is intense.
June 2012

Posted for   FormForAll   at dVerse Poets Pub
Prompt: Triversen
For a complete and proper explanation of this simple and eloquent form, see the article Gay Cannon has written for this prompt at the pub, and catch some poetry by Wallace Stevens at the same time.Win-win situation.
Process notes: The metaphor used in this poem is that of Colony Collapse Disorder, a term applied to the mysterious disappearance of worker honey bees which disrupts agricultural crop pollination and causes bee colonies to fail. We are experiencing a high incidence of this throughout the United States right now. No one is quite sure why, but disease, parasites and genetically engineered crops containing pesticide seem to be the dominant factors.
Image: Photo manipulation of the herb borage,  a bee attractant.
© joy ann jones 2012
Posted by hedgewitch at 10:15 AM