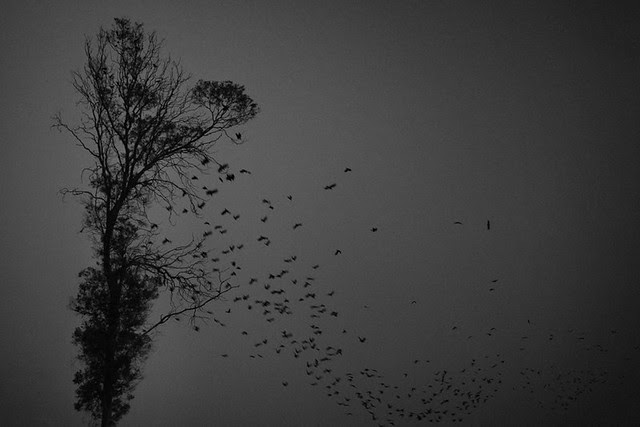 Summer is dying.
Racketing machines have taken her
gold ballgown of grain, her cornsilk hair
off to silo for beasts on a plate.
A fall of crows in flying feathers
comes to caw at deathbed rattles,
pecking and pulling at her carcase,
at the caved heatblasted fruit
too small for the musty maw.

Once dropped
feathers and fruit roll in the blow
moving beyond wing and stem
however unready, eversour or incomplete.
Earth will gather the tumbled leavings
rind and heart, pin and down,
annulling amber, umber
green or black to grey blur in
the soft agreement of her breast.

So I walk
between the gleaned sere rows
opened by metal and beak,
fight the crows for the small stony fists
seed unformed, bitter bites balled loose
in my basket. Summer's flavor in a jar
is all I have to remember her by; that,
and rattling behind me, the machinery
of your steel betrayal. 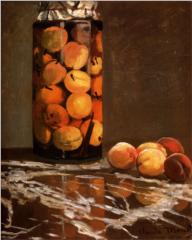 Posted for   real toads
Out of Standard with Izy: Whirli-gig the Bounty

The talented Isadora Gruye asks us to "write a poem about the mechanical nature of the modern harvest. The angle and tone is of your choosing, but explore!" I started out in one direction, but then, the crows came.

Posted by hedgewitch at 5:29 PM