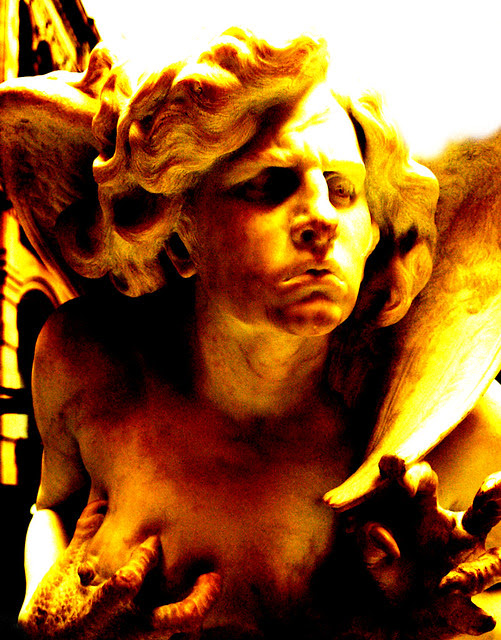 No beaks
only claws
the flap of wings like old clothes
stinking in the murdered hope sheen
of black slum soot rain.

In front of me
the table is spread with chalices
bread of life support smelling
round as a kept promise,
fat cheeses laughing on the board.

My stomach's gone bitter as april snow
inured to inanition, yet mouth
like dead eye still floods with useless water
staring across to where they snatch and fly;
tireless banality of the cruel.

This is the punishment of the gods
for having foreseen
all the wrong things.
O how apt and kind of them
to keep our choices blind. 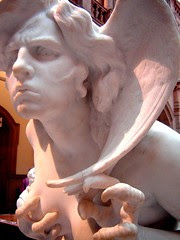 If you would like to hear this poem read by the author, please click below:
the harpies by Hedgewitch O'theWilds

Process notes: Writing of monsters seems suitable to the season. In Greek mythology, the harpies were messengers of the gods, used to punish crimes. They took the form of winged women above the waist and birds below. They are most well known for punishing Phineas, who was blinded and exiled by Zeus for the crime of prophecy, by perpetually stealing the food from his table before he could eat. My personal belief is that they also come in human form.