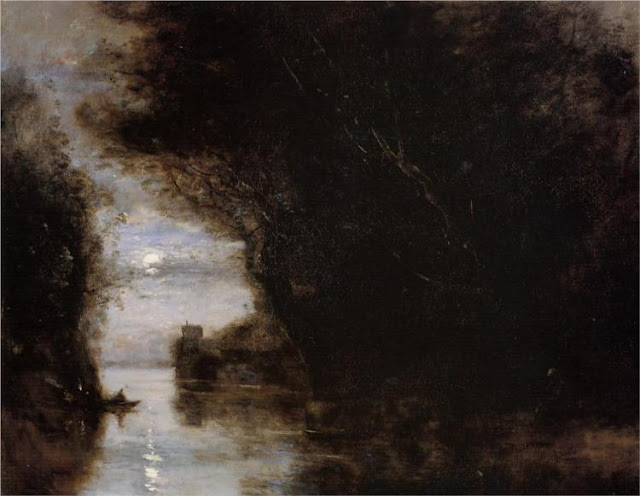 The nights were ours and ours alone
when I was your salt sister
when my skin was wet with love
and the tide of moonlight lashed the grassy beach
to the beat of ebbing hearts, the tall storm whistler
splitting the elegance of sky's black satin sheets.

II.
As the petrel thrown far out to sea
beats to rest its wings on wreck's debris;
as Pandora's jewel was shoulder-deep
in weeping, you come back to me in sleep
braiding sulphur ribbons in my hair
sinking me in the port of your warlock stare.

Brother you're lost cold in the undertow,
pain your pilot and your puzzle-gift,
but we speak again where the moon lights up the runes,
all ours and ours alone;
I still am your salt sister sailing
in the sea of night dreams neverending. 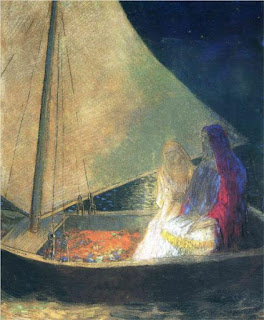 Kerry's Wednesday Challenge: Nocturne
Kerry O'Connor asks us to emulate, in verbal form, the musical nuance of the compositional form known as nocturne. The poem should be lyrical rather than narrative, might suggest the religious symbology of a triune service, and can be form or free verse--I tried to do a bit of all of this here.
For further, and much more lucid, details of the challenge, see above link.