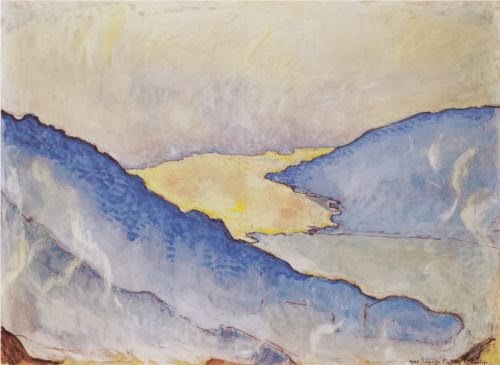 It was just another battle
in a pack of rattle
days, seven
savage identical dogs
to bark me craven.

I was already broken-jawed,
that time I reached up
and kissed the fog.

The quiet came down.
The bleeding stopped.
Black became white, fright
became night,
with its dreams and songs;

something thawed
that time I laid down
to love the fog.

I put it on for a skin.
I ate it for cake.
Fog and I covered the whispering lake
in  a dance of intransigence, all for fog's sake;
but days are strong thugs.

They hustle the sun, push a fever dream
full of the race
as an Eskimo's sled team

with alphas first-fed
where skin must be furred, where naked is dead
while fog melts away, a meringue baby's kiss
to a wetness, dry lips,
an armor like this.

Out of Standard: Eskimo
The inventive mind of Isadore Gruye once again asks us to write about something without drawing on its main associations, in this case Eskimos and snow, and their supposed many words for it. So, this poem is not about either one, at all. Mostly.


If you would like to hear the poem read by the author, please click below(first reading in a long time so it is a bit rough, bear with me):

Skin of Fog by Hedgewitch O'theWilds

NOTE: MY MONITOR SEEMS TO BE DEVELOPING ISSUES...SIGH...IF I VANISH IT WILL BE BECAUSE IT GOES OUT--i GUESS i SHOULD HAVE BOUGHT A NEW ONE WITH THE NEW PC BUT ITS ONLY A FEW YEARS OLD. RIGHT NOW ITS LIKE I'M TYPING IN A DARK CAVE BY CANDLELIGHT, WHEN IT ISN'T FLICKERING AWAY LIKE A STROBE. i JUST HOPE IT'S NOT MY VIDEO CARD. GAH!!!!!!