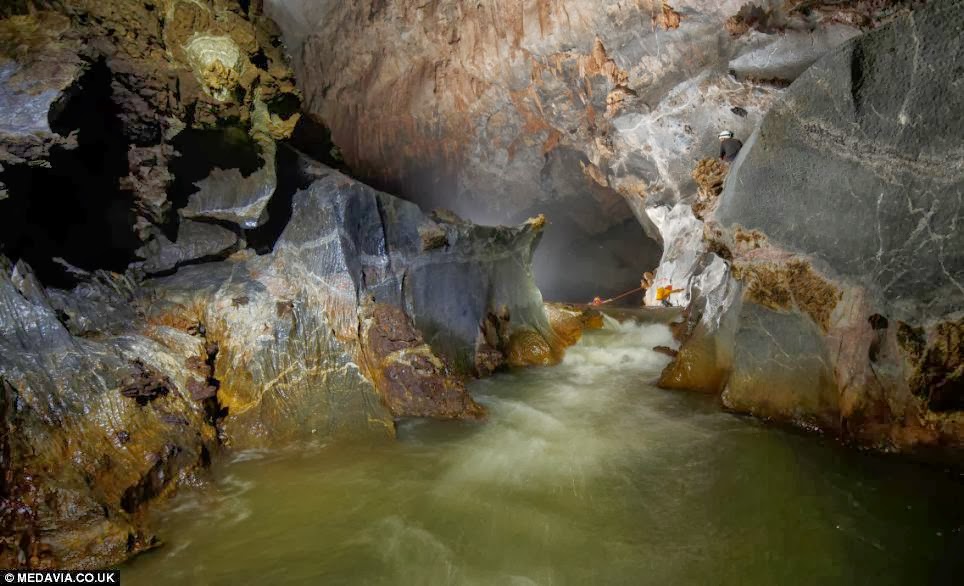 
Earth and the river
love in secret, miles down.
Their kiss is so forbidden
it lasts ten thousand centuries.
Earth bends in a ripple, muscles sheeted in jade,
river sighs with the leaf-breath of wind
in the vines. Sweat from earth's flanks

drips pearls in the sand. The river
brings ferns, blue feathers, flying foxes,
and their child is a jungle

under ceilings of light.

Here death's sharply riven
by the futility of entropy, baffled from
fallow by the great golden eye, with
emerald bedding for love in abandon
where the snake of brown river
should hiss obliviously only to herself.

All this should be
the boiled-sterile kettle of darkness,

collision of forces, rock shield and wet spear,
not murmuring of lovers, junction of bodies;

or is light only the blink
of the godmother's eyelash
a toy beam abseiling, a flaneur-dilettante
obsessed with the lavish equipment
of flowers, possessed by a
whim to embellish
what it will never own? 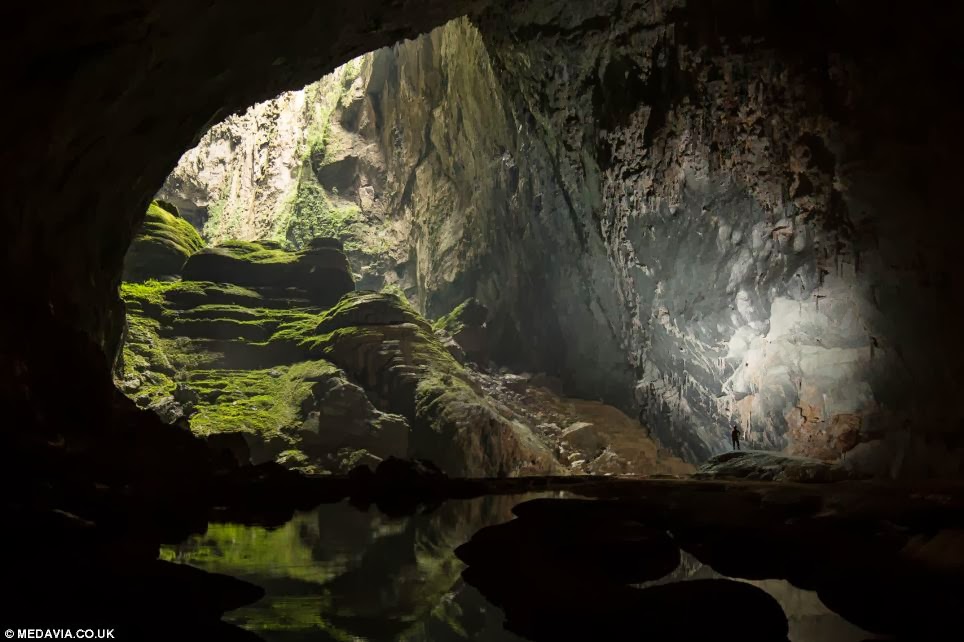 Challenge: Out of Standard:Reverse Globetrotting


The creatively convoluted mind of Isadora Gruye once again confronts us with the paradox of a paradigm, and asks us to "Write a poem which features an exotic setting where you have never been and (here’s the twist) where you would never want to go." I chose the incredible and other-wordly Sơn Đoòng Caves in Viet Nam--as I have only the greatest abhorrence for depths of any kind and would never allow myself to be dragged into this magical place without use of deadly force.


Process Notes. Sơn Đoòng translates roughly as River Mountain, or Mountain River, take your pick. Abseil is a caving term meaning to descend by rope. Flaneur is  a French term for an idler, or purposeless stroller, and of course, a dilettante is a very similar type, one who picks up and drops amusements, doing nothing seriously. The  eyelash of the 'godmother' refers to a worship in Viet Nam of various mother goddesses, known as Đạo Mẫu.