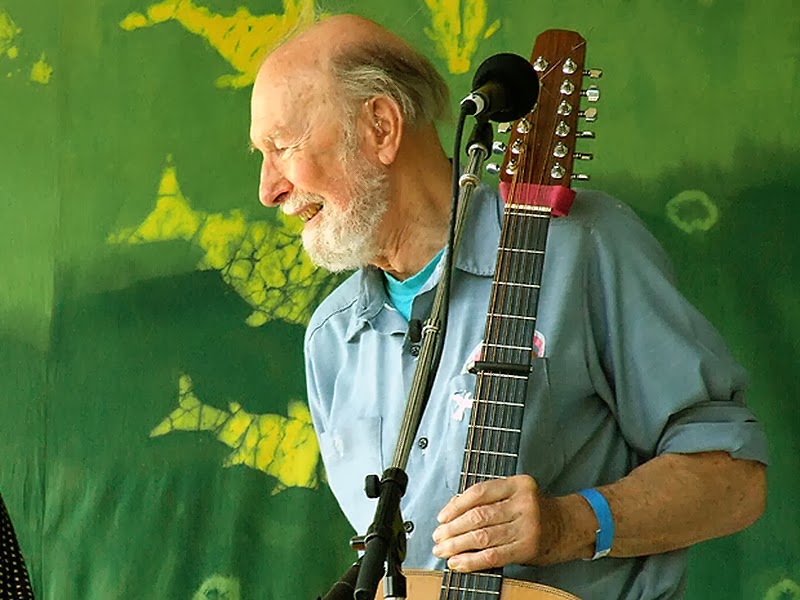 
Image: Pete Seeger at age 88 photographed on 6-16-07 at the Clearwater Festival 2007 by Anthony Pepitone, via wikimedia commons
Shared under a Creative Commons License.
Posted by hedgewitch at 9:35 AM