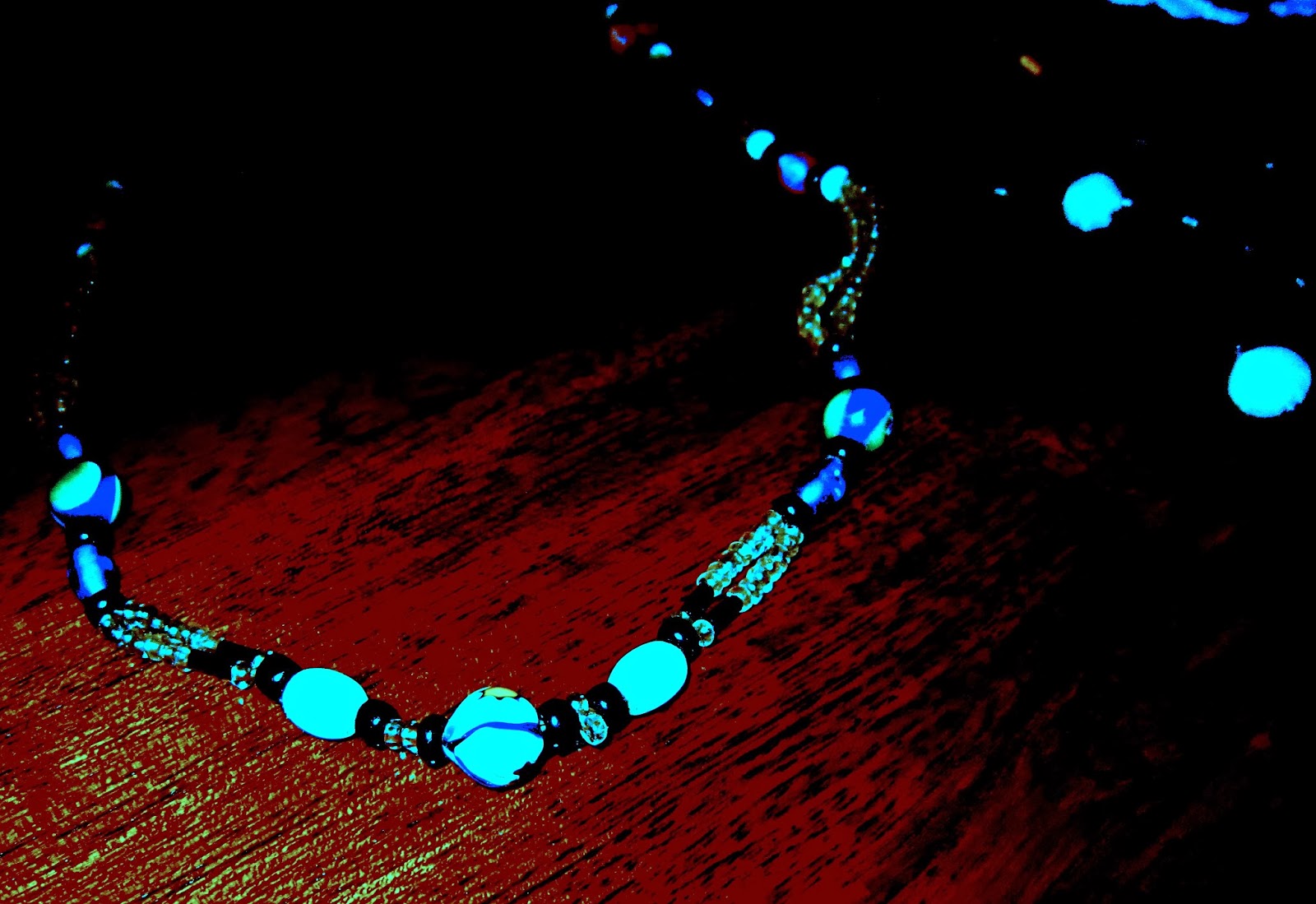 On the nightstand
a string of blue beads--
my spectacle leash, lazy
lanyard of the lenses now
an arabesque abstraction arcing
in its fall, Picasso-blue shadowed sinew
curled like a snake of glass, its antic form
elastic, never quick but still skin-warm.

I wore blue beads once,
blue beads I strung myself,
cobalt, cornflower, azure as a fjord,
seed beads from machines, trade beads,
flamework beads all berried on a cord.
Each globe or tube felt like a cerule bit
of some far kindred lake-blue kelpie's spit.

I wore blue beads once
I strung myself, around my throat;
I took a needle up and ran it through
each heart-tunnel. Each centered hollowness
opened to the string to kill its separateness.
I joined them piece by piece to make one thing,
one winding measured entity of blue.

I wore blue beads once
across my cooling breast, shortly after
the work of forming the heart was done.
Their order mocked its pinkly freckled white
and mimicked its blue veins, its baby sun
all lampwork  and capillaried lace,
each rivulet seeking, hot and uncongealed,
a cracked vessel that had never been annealed.

Process notes: Flamework is another name for lampwork, a technique by which the designs on some glass beads are produced. Annealing is the process of cooling down formed glass gradually to resolve internal stresses so the piece will have structural integrity and endure.

Posted by hedgewitch at 3:30 AM