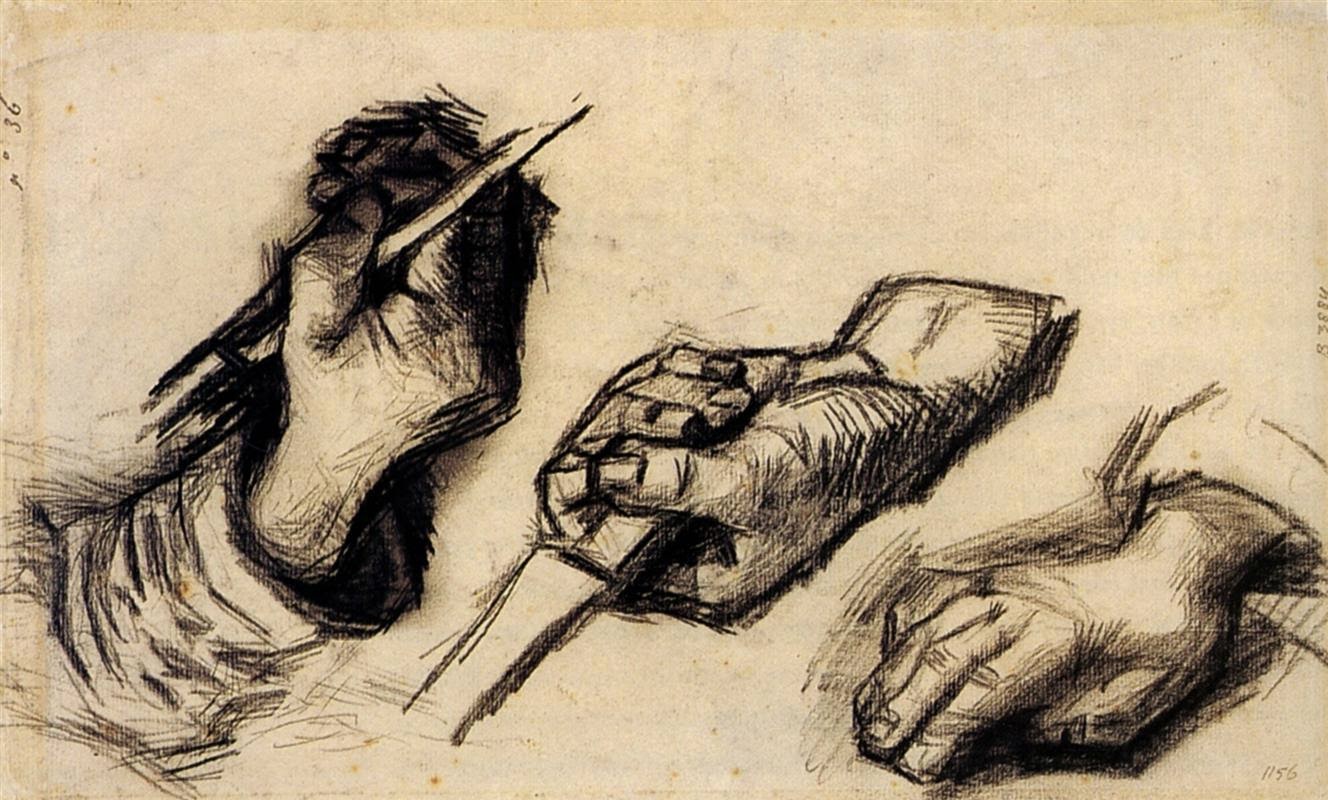 
This night puts two specters
always beside me: the
white wavering hand
of an ectoplasmic man
reaching up its rebirth
from the past's still river

and the red-trimmed ghost flint
of knife sharp December.
First one will cut me
then the other dismember,
making their wailing
promises for breaking, insisting

to midnight how real, how strong
how mine their congealing,
my self-propelled hex-helix
to annex the fetch of a feeling
or the sterile slipping steel
of each coward surrender.


How I remember--you didn't mind the knife
if it was in your hand.
I didn't mind the blood
so long as it was mine;
now it shines, the pale smile of the drowned
as if murder makes a healer not a butcher.

Oh it may; still it's time
to switch off the sound,
kill the moon,
cut to black this double feature
so both erase except for what
is left behind them in the mirror---

no lie is ever dearer
than the one you tell yourself.


Challenge: FireblossomFriday
from Shay at the Word Garden:  Hallowe'en.

Email ThisBlogThis!Share to TwitterShare to FacebookShare to Pinterest
Labels: 2014, all hallows, blood under the bridge, blue nowhere, fireblossom, ghosts, home for the horrordays, knife, real toads, sharper than a serpent's tooth 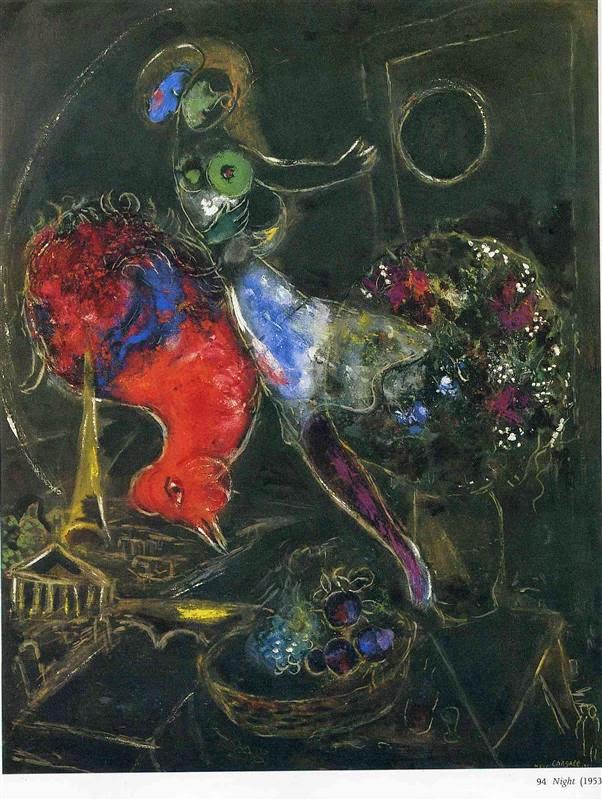 There's a song that's made
from the end of night,
a fold in the black
where I tack paper stars,
(stiff silver, crumpled points
pushed into soft velvet ) a music
shaped like sails in the wind
sewn with mind's needle
and air's cloud-thread,
that pulls me ahead.

It burns the candlelight
behind my carved eyes
where I sit on the steps
on October's last night;
without that flame, mere holes in a shell,
without that match, a hallowed-out
system of shrink and loss,
seeds stolen,
fire-roasted, split open
unsown.

There's a song
my love makes,
a whisper of nocturne
that names the night,
a numen in flight
that outlasts the hours,
and mine
the cold hand on the harp
of winter that waits,
its inchworm comfort
the nature of flowers. 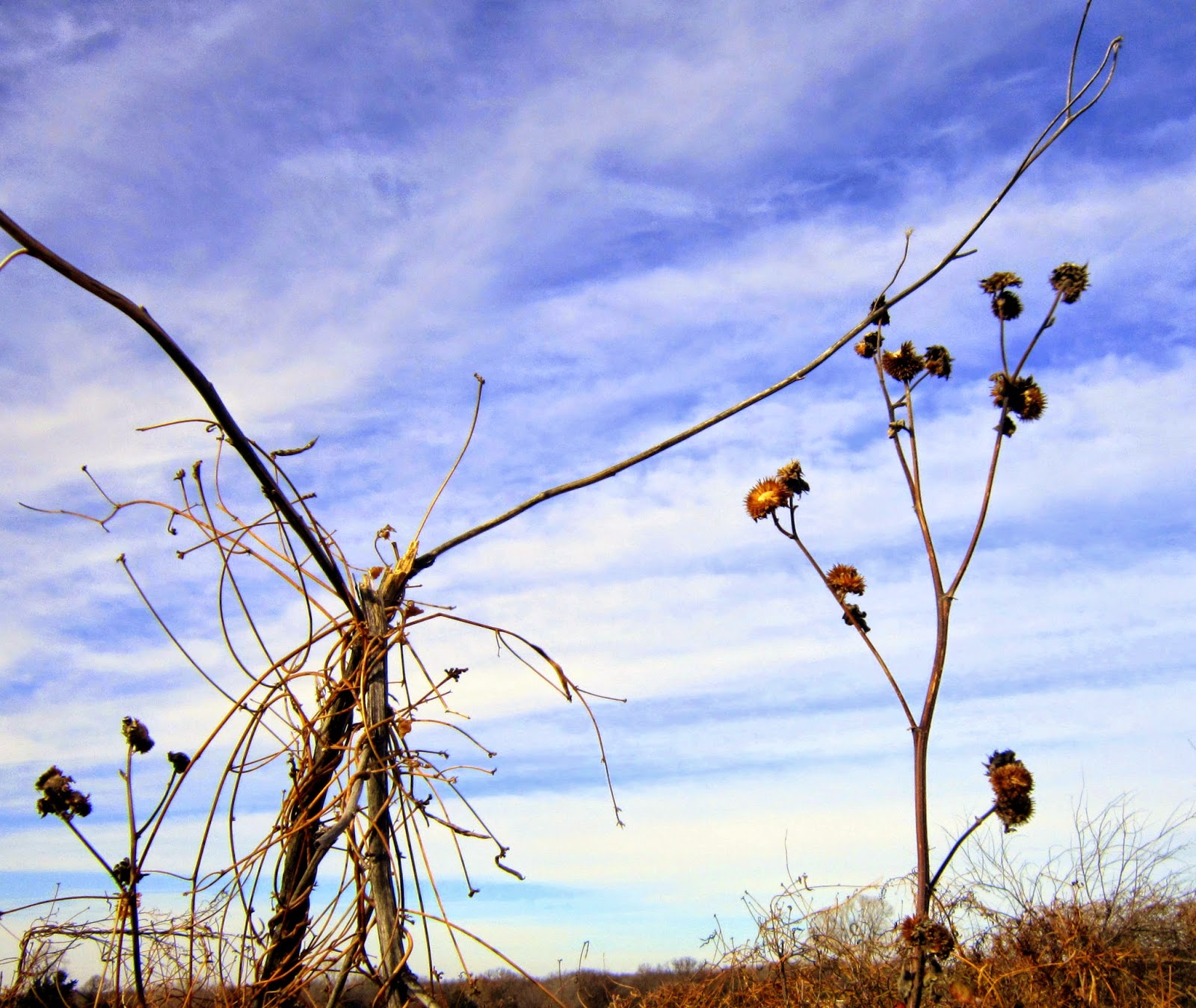 Challenge: Nightingale
Susie Clevenger(Confessions of a Laundry Goddess) adroitly avoiding the ubiquity of Hallowe'en, gives us the theme of that full-throated night bird, the nightingale, to explore in writing. I hope she forgives the slight intrusion of the season here.

Images: Night, 1953, by Marc Chagall May be protected by copyright.
Fair use via wikiart.org
Winterseeds,  ©joyannjones 2013 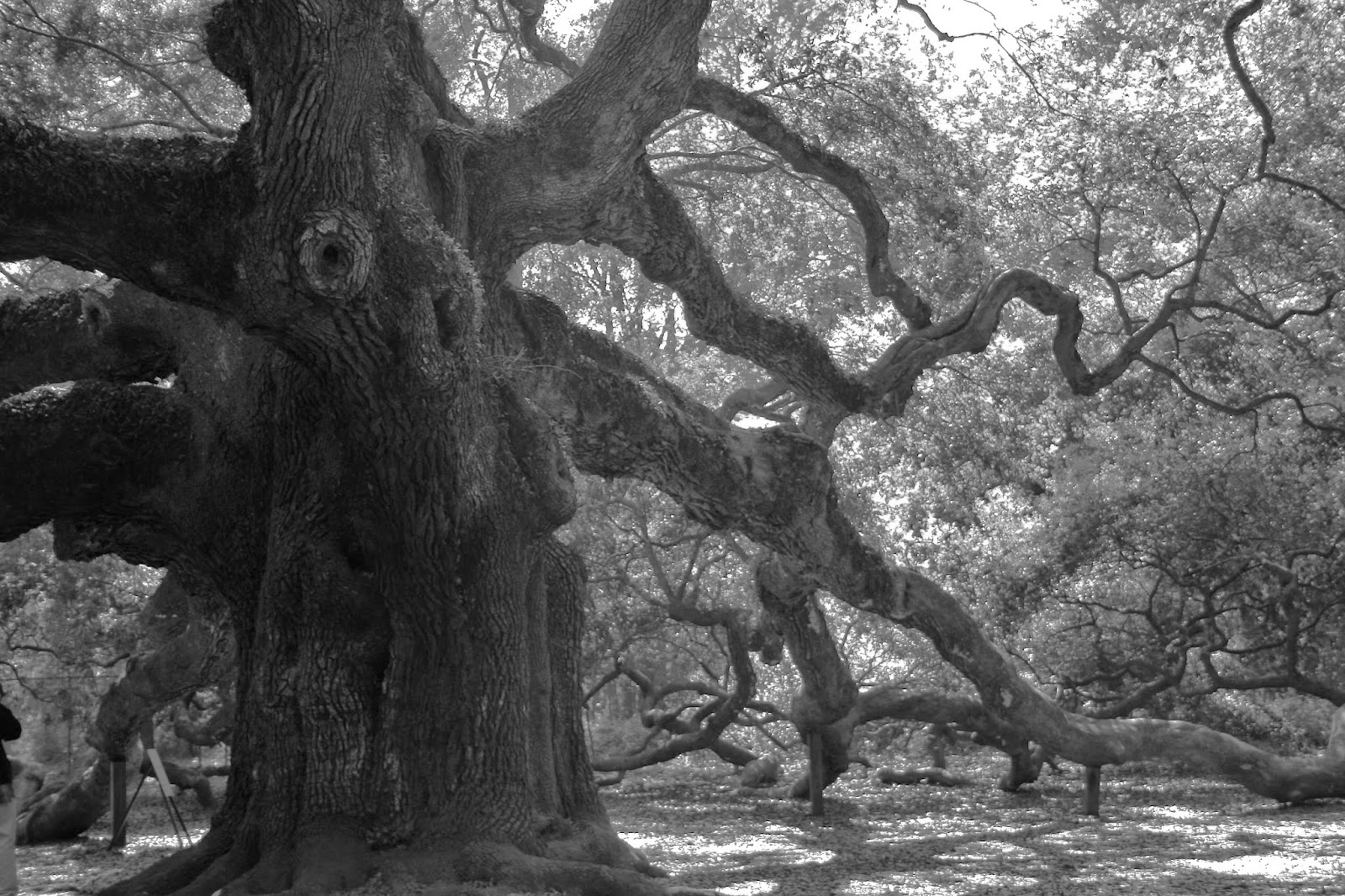 
The tree came to the feeding
in eddies of dreamdark
night thunder and wind
discussing the storm
blowing up from the south
and the blood of the age.

I was an eavesdropper
a spy in the heartwood
of the wide-running world tree,
a hatchling consuming
its blind spiral highway
from root to the crown,

my corpus a conduit for
time's succulent cambium,
green life pushed through me,
brown years my droppings.
I twisted my wormhole
from mud to the stars,

felt myself swelling
at the opening
with the turning inside me,
skin twitched over half-wings
as I poked my pale head out,
lightning burned into

the thousand sharp mirrors
of my faceted eyes--
but I saw what I saw
just before
the black beak
plucked me out. 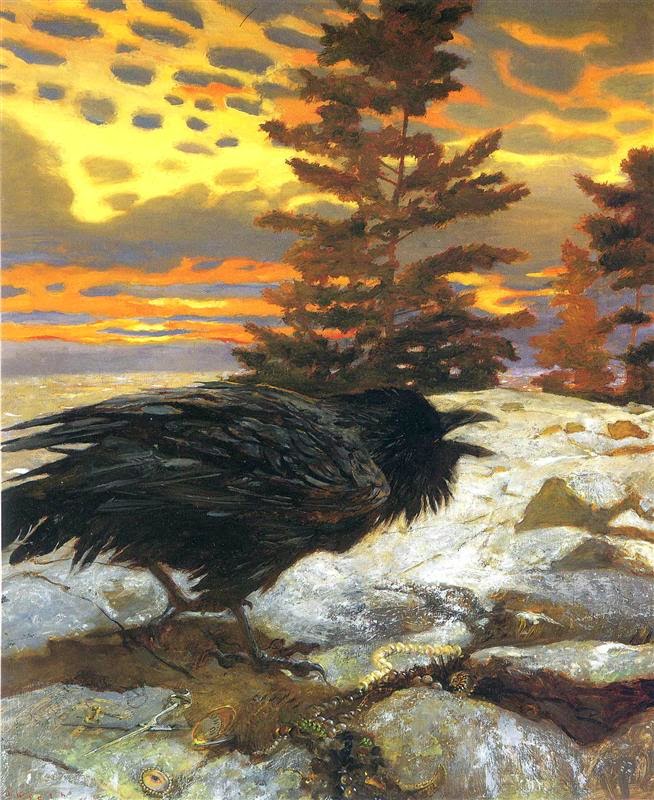 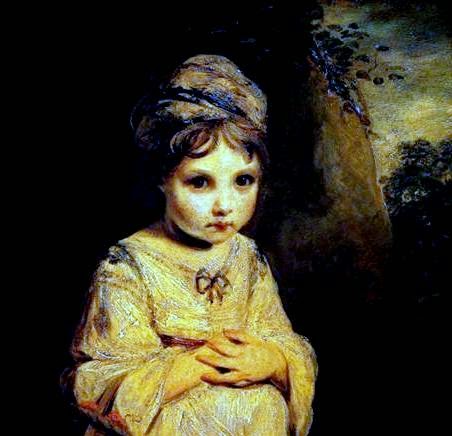 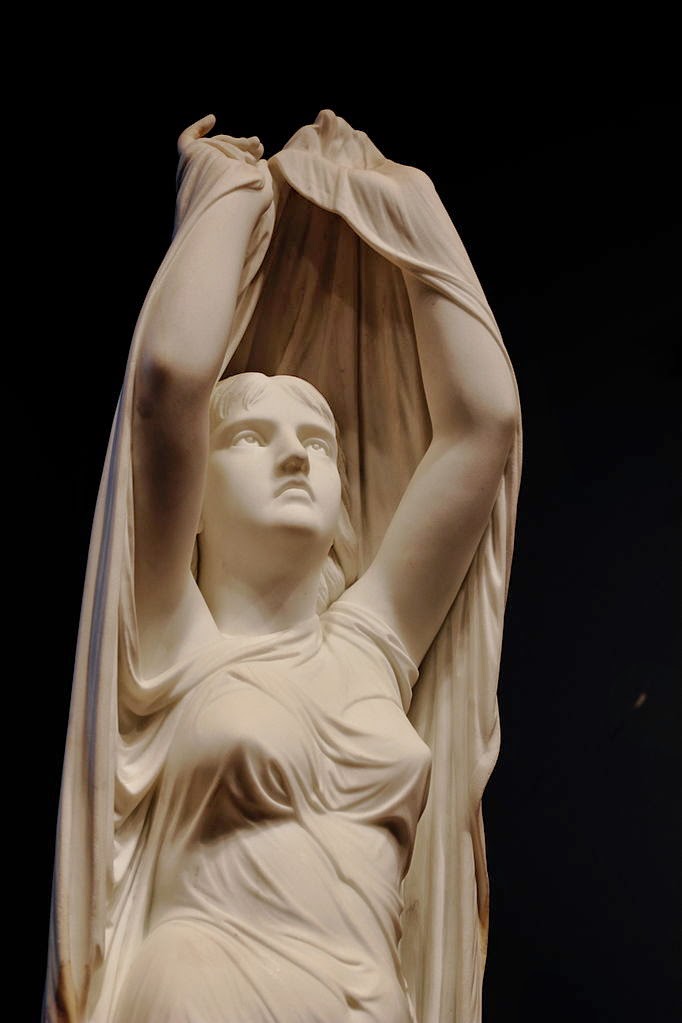 You the Stranger, more myself than my own breath
inhaled, than my dwindling dry hours.
You, a tale less true than even this ring's mark
circling my finger with flowers...

Rivers are mud and dust
here where I make my change,
in a land beloved because I must
in a place where I've given up
my rippled scales. There are no ships here,
none cross these waves

of wind-woven grain, no willow mask
on Rhea's face, no watchlight shines
except on fleets of stars exiled across
the cobalt water sky that planes in alt
between your closing eyes and mine.

Far and far and farther yet this trip,
on traitor winds with phantom sails, leagues long;
you always knew exactly what I am.
I've  known from our first hour
what must come next; you've always hoped
so blindly you were wrong.

Still, here we watch landfallen and bespelled
pale lightning striking on a dreamer's sea,
made from years and crucibled in salt.

We see them go, handfast on our brief brink---
the promises, the light, the air of day,
the restless dead that are too light to sink. 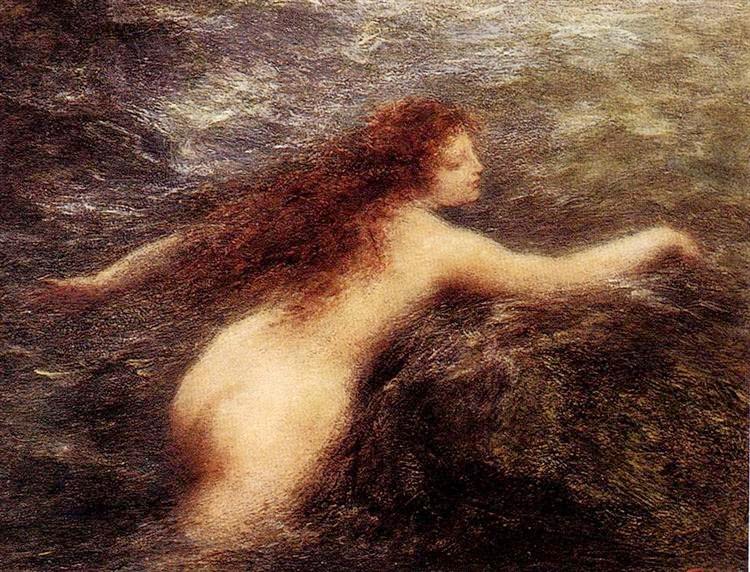 Challenge: Poetic Marble
Margaret Bednar (Art Happens 365) offers us some of her photos of marble sculpture from the Smithsonian American Art Museum, and suggests that we allow its statuary to inspire us--I have picked a different photo, not hers,  from their collection, of Undine, by Chauncey Bradley Ives.

in alt:  in the octave beginning with the second G above middle C <ranging up to E in alt> ~Merriam Webster Online Dictionary

Process Notes: Undine is both an alchemical term of Paracelsus for the spirits of water, and a figure out of folklore similar to Melusine, about whom I have written before, the water sprite who gave up her mermaid form for a human one on the condition her mortal lover never look upon her in her bath (when she was in her true form)which, of course, he eventually did. Rhea was a Cretan aspect of the goddess Cybele, mother of the gods, an earth goddess associated with an ecstatic cult similar to those of  Dionysus, and usually pictured with a lion to either side of her.