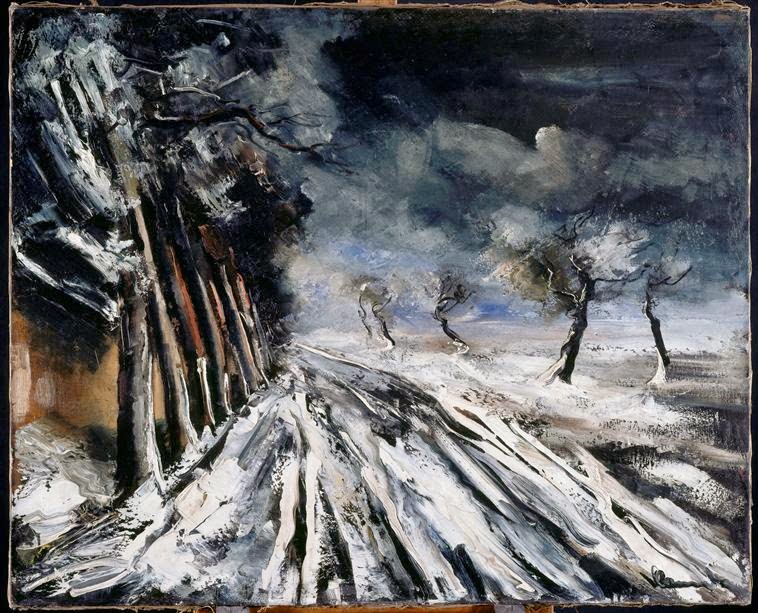 
Born  in the wolf moon,
at century's half-crack,
before the moving shadow box
before the singing pocket, the talking hand--
disjecta  membra of a war and peace,
nuclear snowflake crystaled in the cold aftermath,
fallout caught and whirled up
by black arms of concrete
into the sweet dance of chemical fog;

all around me
blackbirds falling
from the sky like almanacs
pages open to the gift of silent prophecy
and in the mirror, a white raven
solitary,
a meal, a target, a danger
to the flock, burning the eye like
a scarlet poppy
on a gravemound, or
a working girl unbuttoned
waking up hungover
in the convent.

In the house
at the edge of the world,
with the wolf moon low in the west,
its yellow eye on the scattering stars,
its tongue longing
for the fat white hams of Venus,
the north wind sleets the window glass
bitter green, rattling the taste
of old snow and bad design; the wolf moon

the hunger moon,
stops to lap
pooled pink from blood-red Mars,
swells its belly
with faltering stars, the small and weak
gnawing them out one by one as I hum

dusting the ape statuettes, the
flat smiles, perplexed still
that the empty chair
stays empty another winter, that
the bed made every morning
is unmade for one more night,

while the fire throws white shadows
where ghosts can fall like snow. 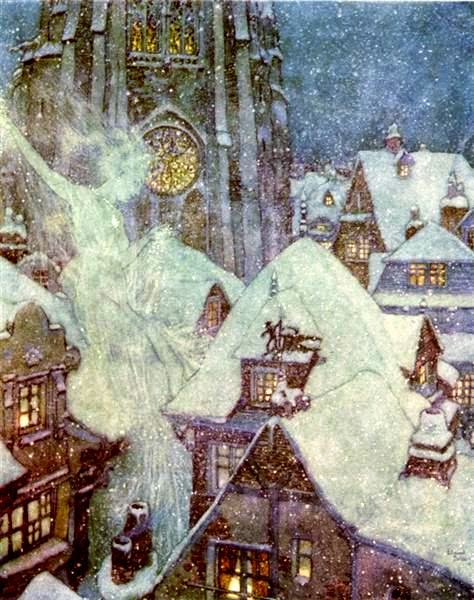 
Process Notes: The term "Wolf Moon' is an adaptation by Colonial settlers from the name for January in the Algonquin tongue. White ravens carry a genetic mutation which prevents melatonin from accruing in their feathers. They are rare, and other ravens generally shun them.