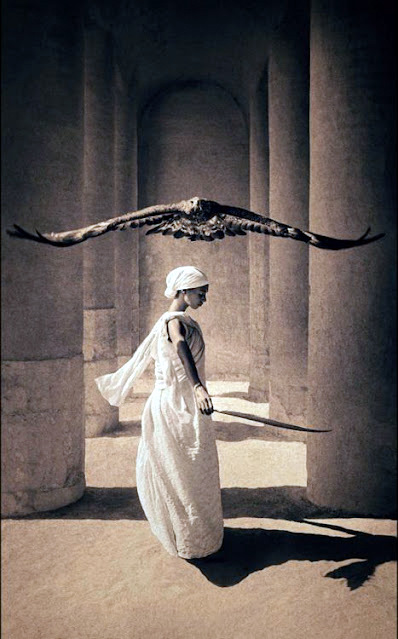 Breaking The Stone
When I left the forest for a wilderness
of pillars, hexed by a tinsel covenant,
the moon cried for me. Pines sparked with
white gems of her longing. Minerva's owl
called my name three times; still
I chose the thrown shadows of a fire
that burned just out of my sight.
Sixteen years I followed shadows,
ate them, dressed in them, became
what was cast in front of me instead of
its birthing light. Stone I owned held no fire,
only chill when my foot left its face.The
pulling promise that scorched my hand
never could be grasped.
At last like a widow's first laugh,
there came the reaping breath of what is,
carousing down columns to lift
my short hairs with the brush
of owl's wings above me,
spread wide to carry me home.
Then the orphan moon
put away her tears
and blazed in the lavender sky.
Pine-wind recited in the meter of stars,
and I was their matchstick,
Gaia's fuse for a flameless firework
filling the amaranthine wood
against the dark end.
In my hand
I took the gift-feather
from the owl that called my name
and with it, wand and talisman,
without any heat at all,
I broke the stone.
June 2022 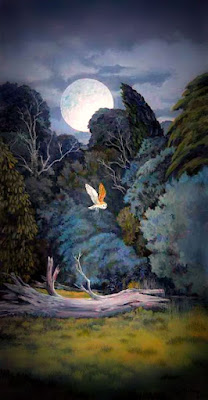 a draft poem for
The Sunday Muse
Note: This poem could use some additional work, but I am posting it in its infant form til I can find what else it needs.
Images: Owl and Pillars, author unknown, via Sunday Muse Fair Use  Image source
Owl and Moon, ©Alan Perry, via internet Fair Use
Posted by hedgewitch at 12:20 PM

Email ThisBlogThis!Share to TwitterShare to FacebookShare to Pinterest
Labels: captain of shadows, dancin with mr D, don't want to talk about it unless you're an owl, secrets of the birds, the old gods' libations, when we lived in the forest