"…only a wall of bad dreams separates me from the dead."
~Federico Garcia Lorca

Shape without form
bones hollow tubes
delicious conduits for melons of yesterday's light
emptied, love that drips
from fingertips hung over the side
of a dolphin's drifting bed
silver drops of mercury
running
up my face
hung dangling to the sky,
a root that reaches eyeless
toward a cavity drowned in moons.

My heart still
bleats
beats
once
again
louder than the crocodile in the ivy
clicking castanet teeth in sambas to
a deaf rose
in the greenhouse of dust and wine.
Shape without form,
a dream so badly made
it's no different than waking.

Many of these nights
I dream the greenhouse
bench-full of musky geraniums,
doubled lilies, spreadfinger poinsettia stars,
clay pots of green bay, mimosa, impossible olive
arrayed in some sequence that
confounds Fibonacci
with its lack of gold arab tumbleweeds,
its rote root and utterly unpredictable
prime free knowing,
counting up to its number
of green secret selves.

I pass through the sleepless emerald-lidded city
a tumultuous order
going bench to bench in the humid jade drip,
pressed to compound the hours left to me,
make cuttings of minutes,
grow them on, to let myself become
the décor I tend and sell
and finally know
the earth's sweet mouth
tumbling unpollinated silk flowers
to bright oblivion
in her kiss. 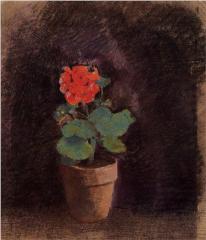 Last Dream of the Snow Spirit


This is another repost, intended to keep the blog on life support while I enjoy a break from the internet. I hope to be back after New Year's.
Until then, best wishes to all my bloggy friends and readers.

Last Dream of the Snow Spirit

The Snow Spirit is old, psychotic and white.
Icicles hang like devil’s teeth from her soul.
When the black wind rackets in the twelve-hour night
they gnash a rattling storm till nothing’s whole.
She weights down the housetops, steers toy cars to flight
kills birds in the air with breath as dark as coal;
and yet all things old and wretched once were young.
She’s forgotten what she was, or what she’s done.

Was she a blue irreverent river sprite,
who crossed some bitter god with her defiance,
made ice to live a millenium in white?
She seems to see instead a green alliance,
herself a leaf that danced in dumb delight,
ten million sister leaves her full reliance,
woodborn in a place of sun and wind made song.
But she’s old and mad; her memory’s often wrong.

Or didn’t she drip, a lanquid amber mist,
over fields and woods at dusk, all warm wet airs,
a drink for fiddling crickets, a slippery wrist
that washed down idiot mice or hipshot mares?
Perhaps she was the ripened pale poppy’s fist
a wild wind’s daughter whose white and jagged tears
bled the sap of sweetest rest beyond all thought,
punished now for the ignorant death she brought.

Whatever she was, whatever form now lost
and transformed into harsh new symmetry,
she was not this moving famine or this frost
that wracks the world with its frigid ministry.
She imagines her leafgreen soul is what it cost
to pay for this unwanted eternity.
Still she dreams as she dances the sky apart
she’s not a damned storm hag with a stonecold heart.

She can’t see her own mad eyes, her ice-boned thighs.
In  dreams she’s one snowstar with a million more.
Sisters flown like white leaves across the skies
dancing a wind ballet on a cloudpaved floor.
She dreams the sodden snow is white butterflies
with life instead of death humming in their core,
choired clouds of frozen wings who’ve just begun
to live, melting in the early winter sun.

This poem is written in the ottava rima form, each stanza consisting of six lines of eleven syllables rhyming alternately, ending with a differently rhymed couplet. It is irregularly metered, but conforms to the eleven syllables per line format original to the Italian, though perhaps not to the Italian pattern of stresses. English ottava rima is often written in iambic pentamenter (10 syllables)as well.

Ottava rima is traditionally used in the writing of heroic or mock-heroic work, from Boccaccio to Lord Byron to Yeats.

Title Image: Moonlight Kinetic, by Petteri Sulonen
Many Thanks, Petteri

Email ThisBlogThis!Share to TwitterShare to FacebookShare to Pinterest
Labels: 2011, 2012, cailleach, couldn't stand the weather, dreams of the snow spirit, music of the spears, ottava rima, repost, spirits of air and darkness

This is a repost of an older poem just to keep the place from going completely moribund. Email ThisBlogThis!Share to TwitterShare to FacebookShare to Pinterest
Labels: 2012, dances with goats, plague of norsemen, repost, the old gods' libations

A flame
that destroys nothing
to build itself,
fluttering cloth in

A wind
circling buoyant,
that inflates without informing,
transports, supports, returns to

A flower
blooming without a pension
to pleasure a bee,
for a flame-juiced globe spitting

A seedspark
that blows,
sailing match to wick,
no need to know why.

Posted for    Poetics   at dVerse Poets Pub
Karin Gustafson hosts today and asks us to write to a holiday(or not)theme of presents/presence. This painting seems to me the embodiment of a presence unseen, life perhaps, as the title suggests. Remedios Varo(María de los Remedios Alicia Rodriga Varo y Uranga) was a Spanish-Mexican, para-surrealist painter and anarchist. She was born in Spain in 1908, died in Mexico City in 1963, making this one of her last paintings.

Ghosts of Christmas Past and Present 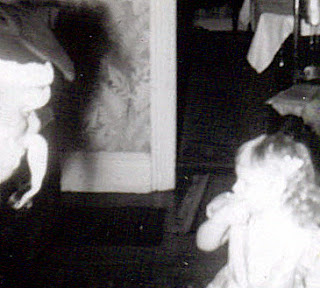 Ghosts of Christmas Past?

Absurd;
they're never past
at all.

Passed, perhaps,
they linger in the hall
a scent unseen
a sight unheard, a laugh unlaughed

Watching, drinking, playing rapt,
unwrapping revelries they  made
when they had form.

Some were torn
away too soon and swept too far,
still hearing laughing cries not sudden tears,

And once each year
they show their hidden smiles
smoky, floating, gone but smiling still.

Laugh? perhaps they will,
make a sudden joke, a flame
leap up, or old remembered song
and then
(perhaps)

a new dance will begin
free from old sins. 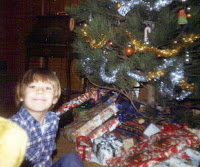 I'd like to apologize for some of my extremely depressing poems of late, and thank everyone who has taken the time to read and comment on them, and on all my babblings, for their understanding and compassion. You are too kind, and too many to mention, but in particular, to Shay, Karin, Kelli,  Scott, Kerry, Sherry and all the other Real Toads, many many heartfelt thanks and best wishes. To Brian, Claudia and the dVerse Poets Pub community, and to G-man and the 55ers, thanks for the opportunities to write you create, and the support and encouragement you give. To those readers I have lost this year, Brendan, Ruth, Truly Fool, The Walking Man and others, know you were valued and are remembered and missed. Right now writing seems very far away, but I'm hoping to get back in the spirit in the New Year.


A Very Merry Christmas, A Happy New Year and additional Happy Holidays of Any Variety Not Previously Mentioned
to all my pixelated internet friends and readers who make this world a little brighter with their own
ability to shine
Thanks for everything.

Between back problems and getting ready to go out of town for the holidays, looks like there will be not much going on here for a week or two. I intend to set up some automatic posts of older poems for the time I'm actually gone, but until I get back there may not be any new writing. So, here's a rather disparate array of some favorite tunes to listen to on and off till I return . 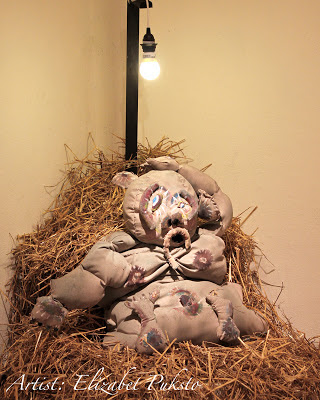 Posted for   real toads
Sunday Mini-Challenge: Dolls, Revisited
Margaret Bednar brings us more photographs of the amazing dolls created by a group of enterprising and very gifted students. The doll I chose was created by Elizabet Puksto.

Process Note: I normally don't read others' prompt responses before writing, but today I read Fireblossom's first. Rereading this now, I think I owe some of this poem to her take and original theme. Thanks, Shay.

Image: Photo by Margaret Bednar of Doll by Elizabet Puksto
Posted by hedgewitch at 11:03 AM 21 comments: