Off The Shelf Resumes 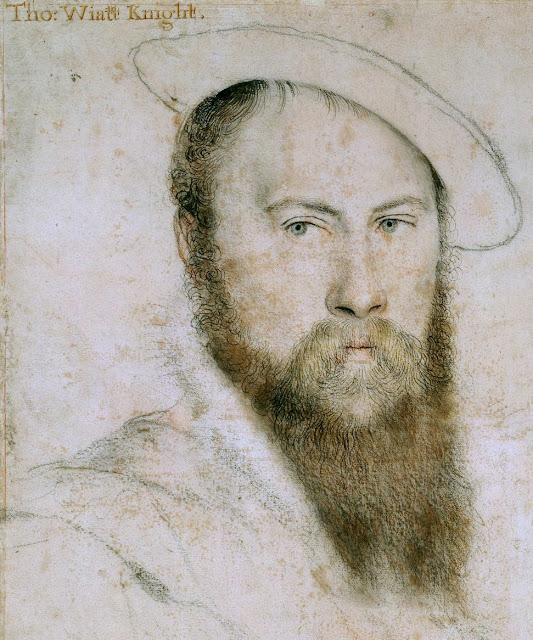 Remembrance
by Sir Thomas Wyatt
They flee from me, that sometime did me seek
With naked foot, stalking in my chamber.
I have seen them gentle, tame, and meek,
That now are wild, and do not remember
That sometime they put themselves in danger
To take bread at my hand; and now they range
Busily seeking with a continual change.

Thanked be fortune it hath been otherwise
Twenty times better; but once, in special,
In thin array, after a pleasant guise,
When her loose gown from her shoulders did fall,
And she me caught in her arms long and small;
Therewith all sweetly did me kiss,
And softly said, ‘Dear heart, how like you this?’

It was no dream: I lay broad waking:
But all is turned, thorough my gentleness,
Into a strange fashion of forsaking;
And I have leave to go of her goodness,
And she also to use newfangleness.
But since that I so kindly am served,
I would fain know what she hath deserved. 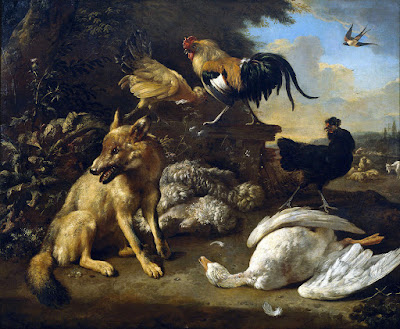 
Notes: When I began Verse Escape, six years ago now back in the heyday of blogging, I included a feature called Off The Shelf, where I shared the works of poets dead and living that in some manner spoke to me. Since at this point, my own output is so low, and the blog exists mostly for my own satisfaction (though my few kind readers are much appreciated) I've decided to once again do so, and the first entry in the reawakened series will be Remembrance,(also sometimes called by its first line, They Flee from Me That Sometime Did Me Seek) by Sir Thomas Wyatt.


Sir Thomas Wyatt was a 16th-century English ambassador and lyrical poet in the court of Henry VIII. He was a great innovator in popularizing many classical poetic forms  into the English language, including the sonnet.

[Per wikipedia: "A significant amount of his literary output consists of translations and imitations of sonnets by the Italian poet Petrarch; he also wrote sonnets of his own. He took subject matter from Petrarch's sonnets, but his rhyme schemes make a significant departure. ...Wyatt employs the Petrarchan octave, but his most common sestet scheme is cddc ee. This marks the beginnings of an exclusively "English" contribution to sonnet structure, that is three quatrains and a closing couplet.

In addition to imitations of works by the classical writers Seneca and Horace, he experimented in stanza forms including the rondeau, epigrams, terza rima, ottava rima songs, satires and also with monorime, triplets with refrains, quatrains with different length of line and rhyme schemes, quatrains with codas, and the French forms of douzaine and treizaine. Wyatt introduced contemporaries to his poulter's measure form ...and is acknowledged a master of the iambic tetrameter." ]

Several of his poems, including the often anthologized  Whoso List To Hunt, are reputed to be about Anne Boleyn, with whom he was rumored to have had an affair. This sent him to the Tower during Anne's trial for adultery, though unlike her and five of her alleged lovers, he escaped execution and remained more or less in the King's favor, as much as anyone can be said to have done so.

Wyatt died in 1542 at the age of 39. His poetry remained unpublished during his lifetime.

I like all of his work, but this poem in particular.

Images: Sir Thomas Wyatt, by Hans Holbein the Younger, 1535-37
Still Life With Animals, 1660, by Melchior d'Hondecoeter
Public Domain
Posted by hedgewitch at 8:29 AM

Email ThisBlogThis!Share to TwitterShare to FacebookShare to Pinterest
Labels: 2016, dances with dead poets, off the shelf archive, Sir Thomas Wyatt