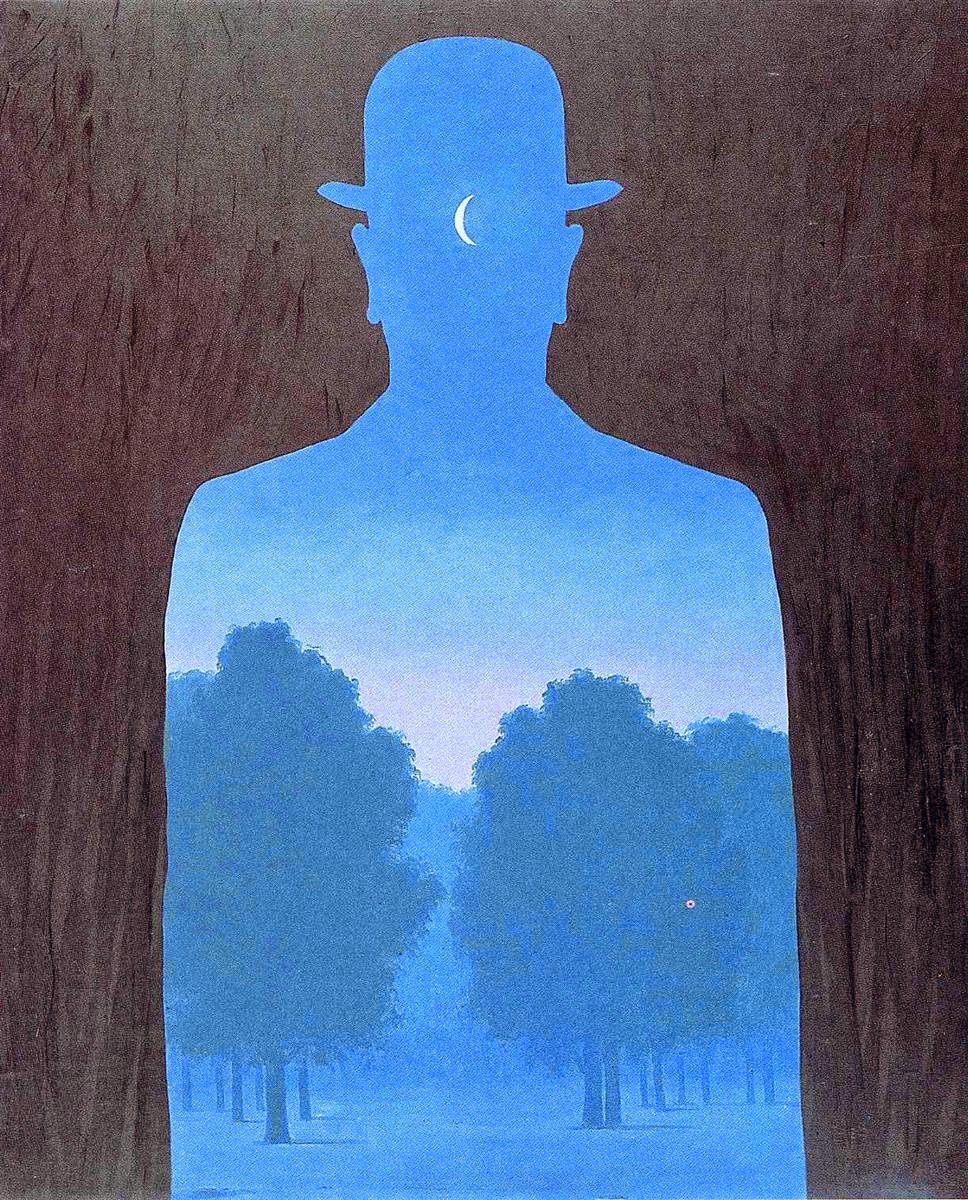 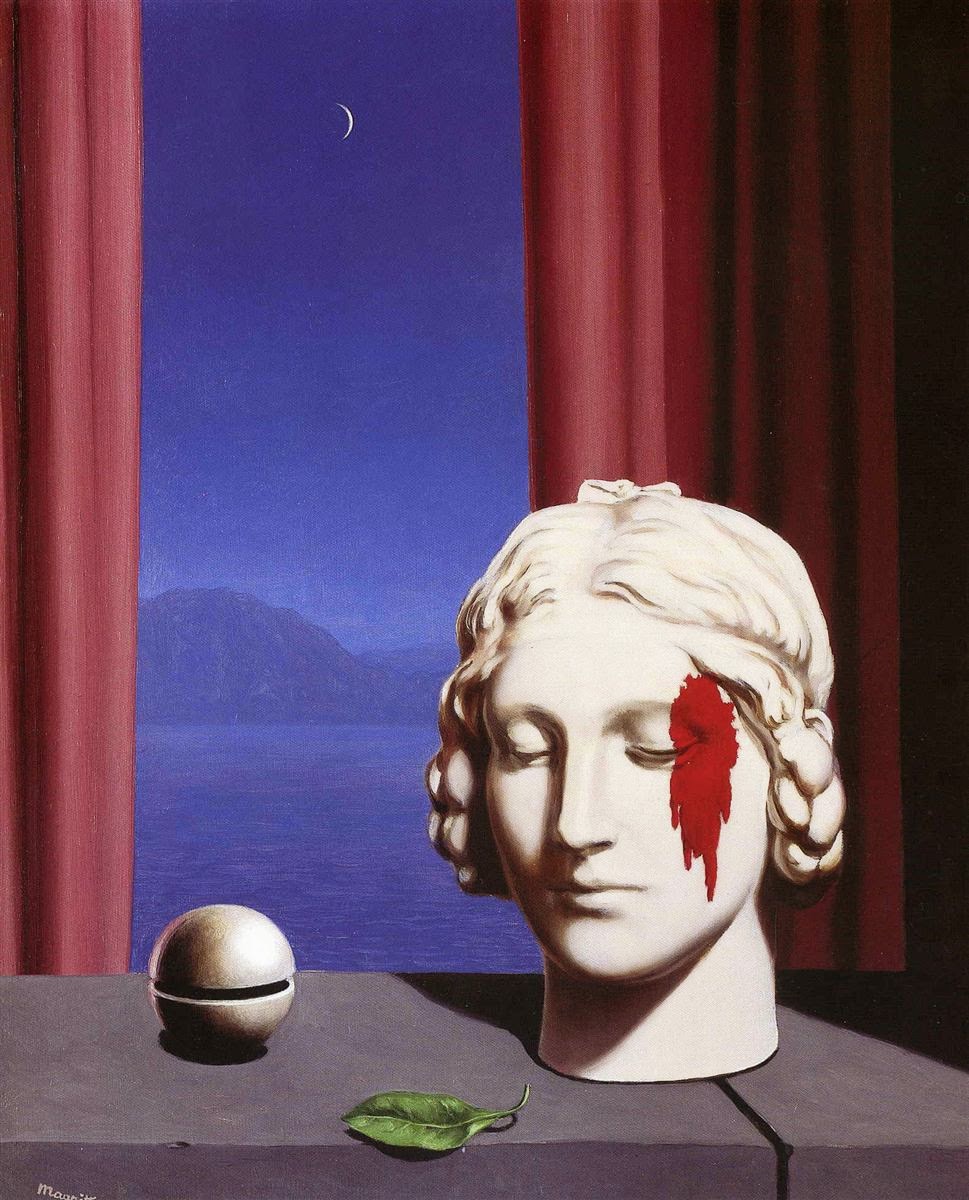 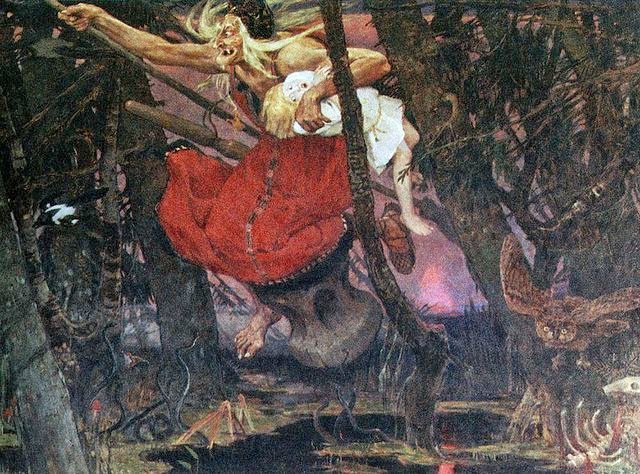 Baba Yaga flies the living woods to pluck
silver tufts of wormwood, cobalt wolf'sbane,
red-cap toadstools for the little ones to suck.

Loneliness and these things made her luck:
resentment clutched and hope that's brought to naught;
and the beebalm, foxgloves, larkspur in her path

can not cure the sickness that she caught. 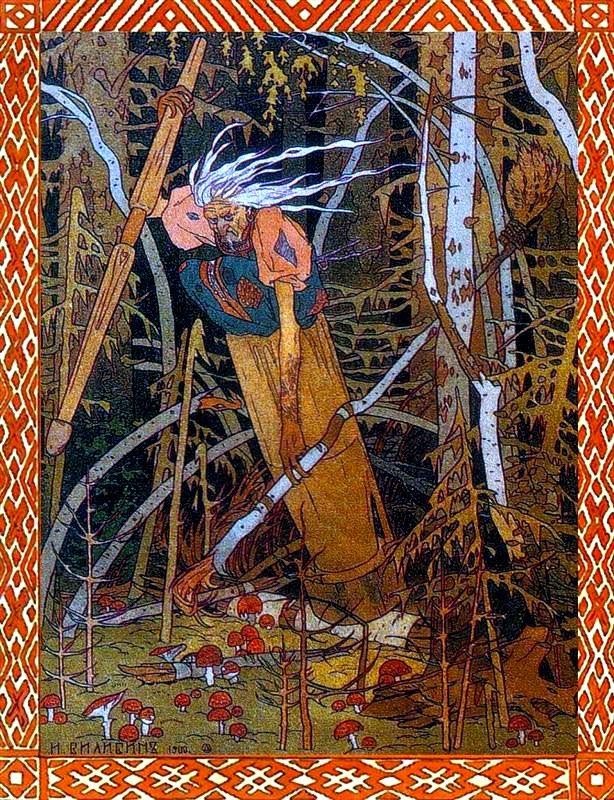 Challenge: Frog-cups in New York City
The lively and darkly enchanting genius of Magaly Guerrero has found a perfect topic for this penultimate day of April's long haul: write a new poem that will include a flower named after an animal or a bird named after a flower. She requested a shorter poem, and I'm sure we can all appreciate that at this point, so I chose the sevenling form, inspired by the work of Russian poet Anna Ahkmatova. I also chose a Russian folktale to go with it.

You can find out more about the Slavic witch Baba Yaga, the mortar and pestle she uses to fly, and her house on chicken legs  HERE. 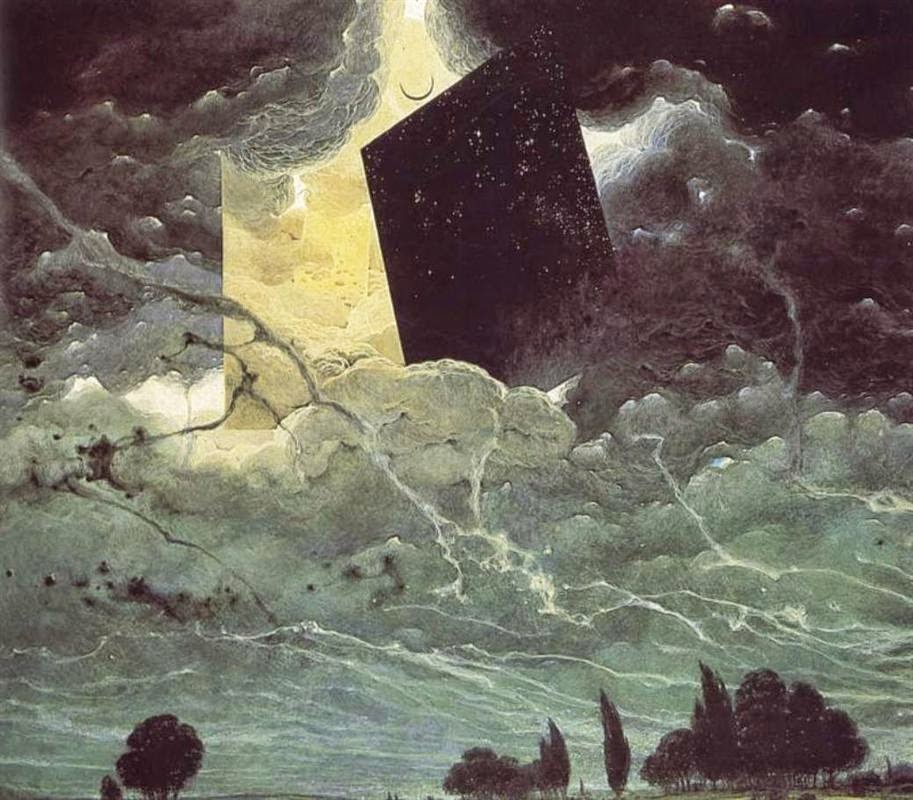 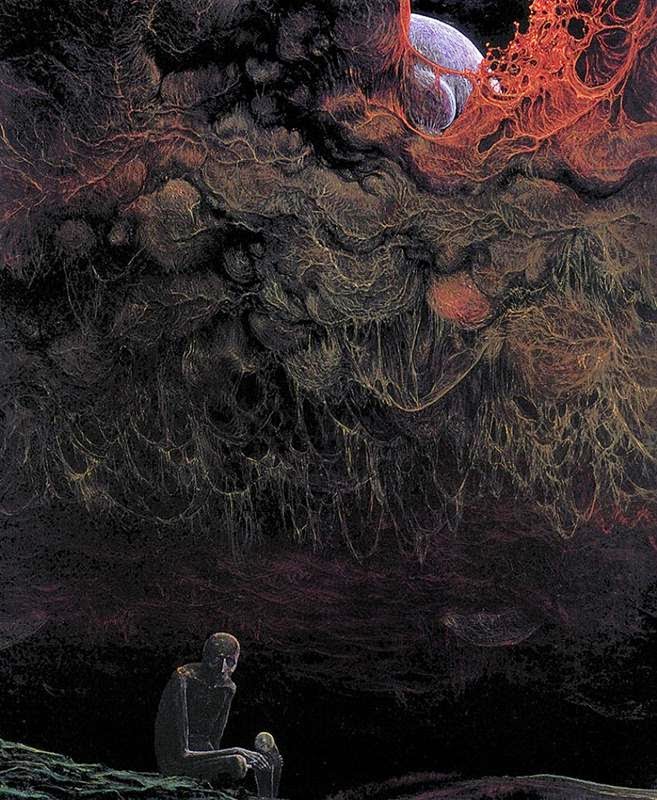 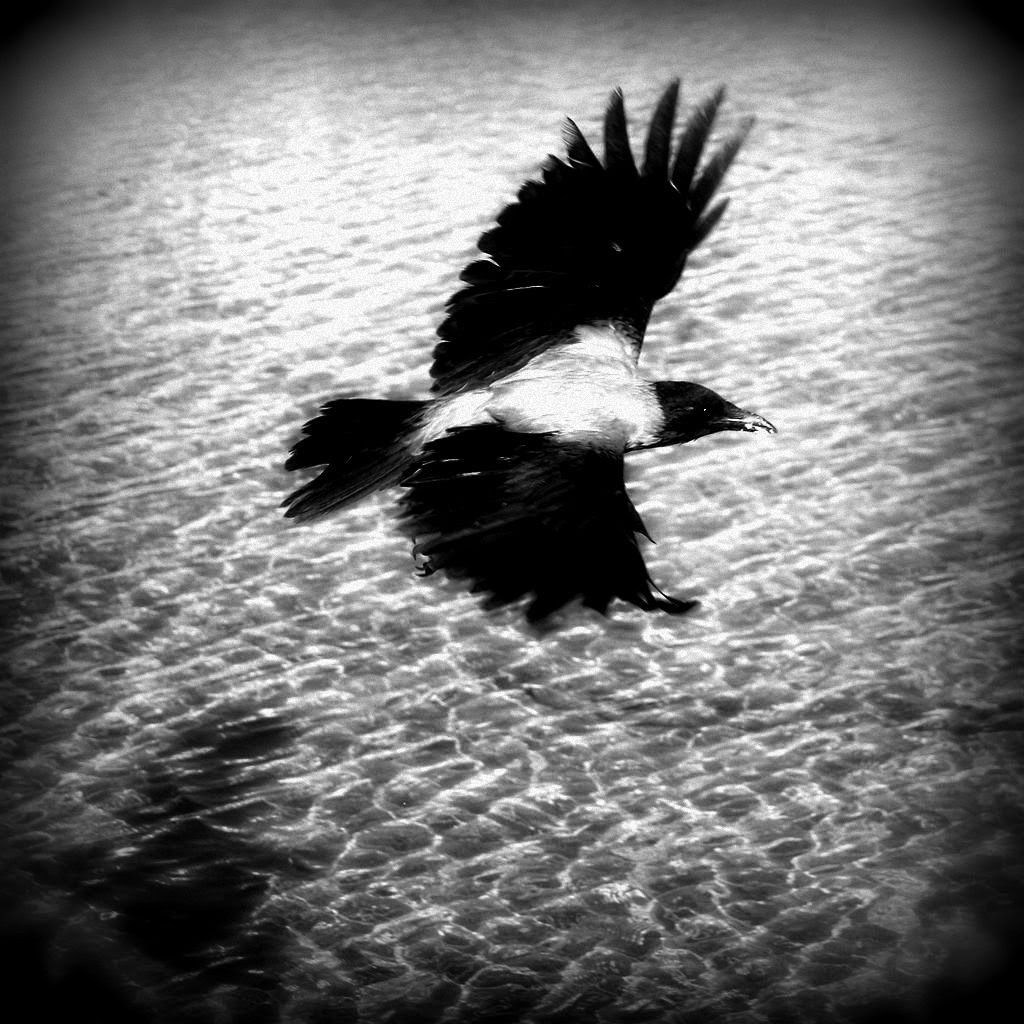 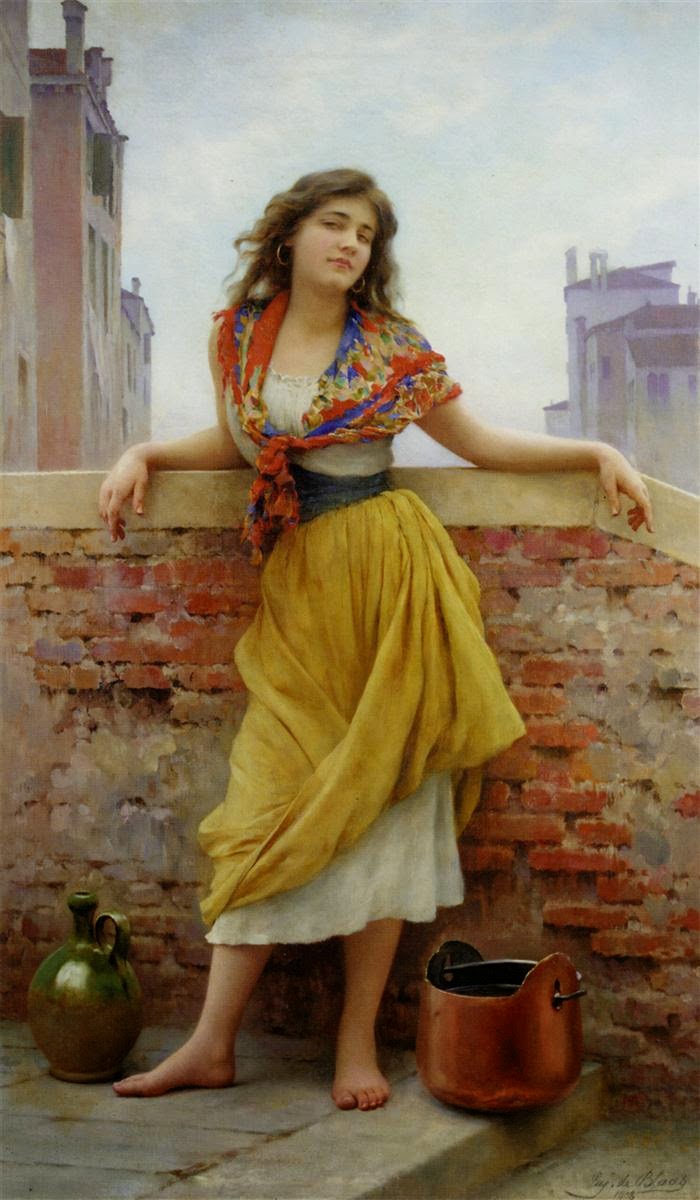 I'm not good enough at love to understand
this way you have of working undercover,
of fixing and of making things entire
without a self-congratulating mutter;
how all your walls are strong and mine are sand.

The love I understand is more a flyer,
spirit made of air with hollow bones
adept at breaking longer into shorter;
a wind that pulls down trees and tumbles stones
can't see walls or know what they require.

I'm not good enough at love to work with mortar,
make useful shapes from viscous mud and straw.
I only know I'm flightless in your hand,
leaning tired shoulders on the wall
that keeps me safe and caught within its border. 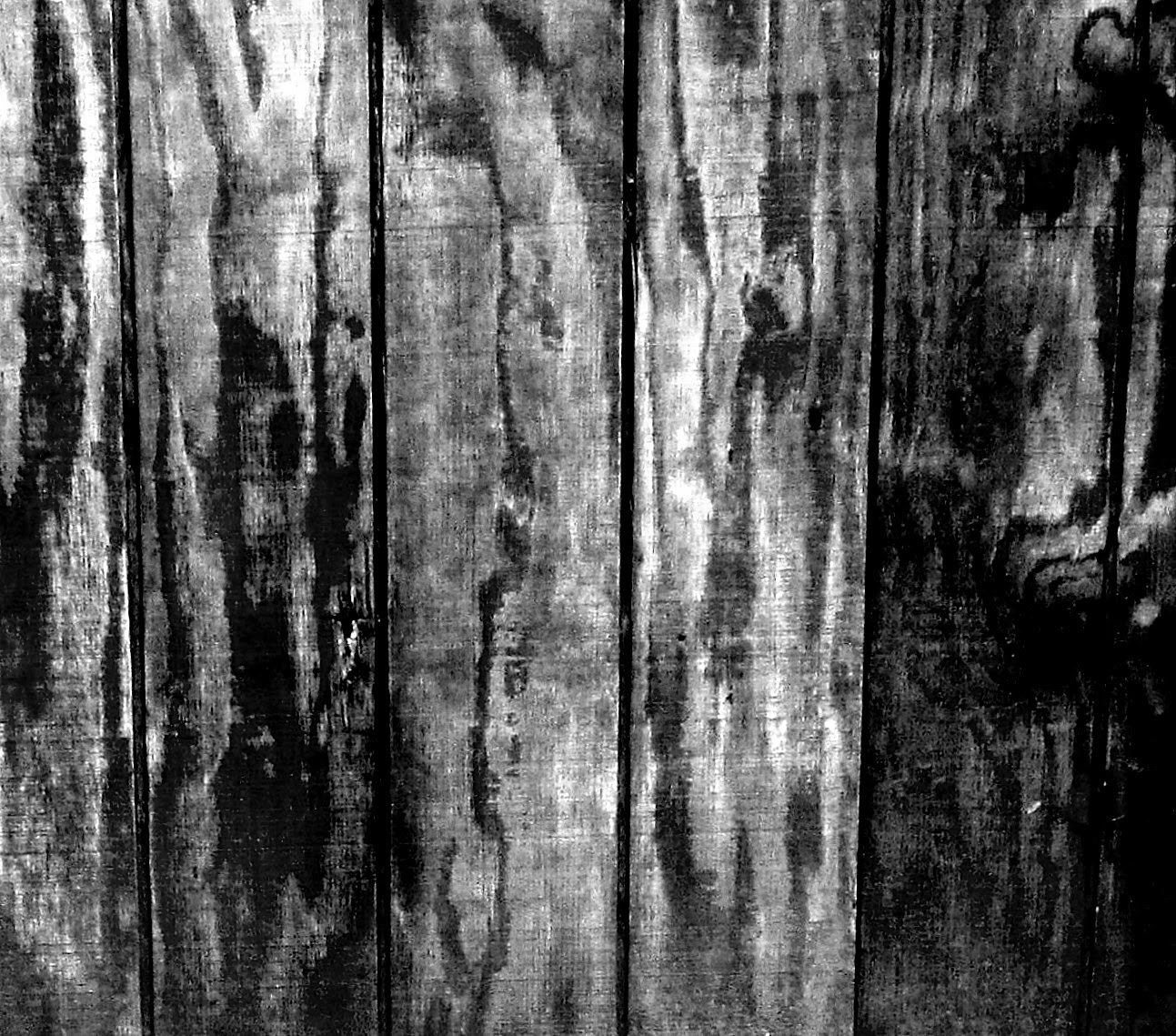 I chose the envelope quintet described by Kerry O'Connor
here.

Note: This poem was written this morning, and is offered without normal polishing and editing--apologies, but that's the way the poem goes in April. ;_)