What The Old Woman Said About Love 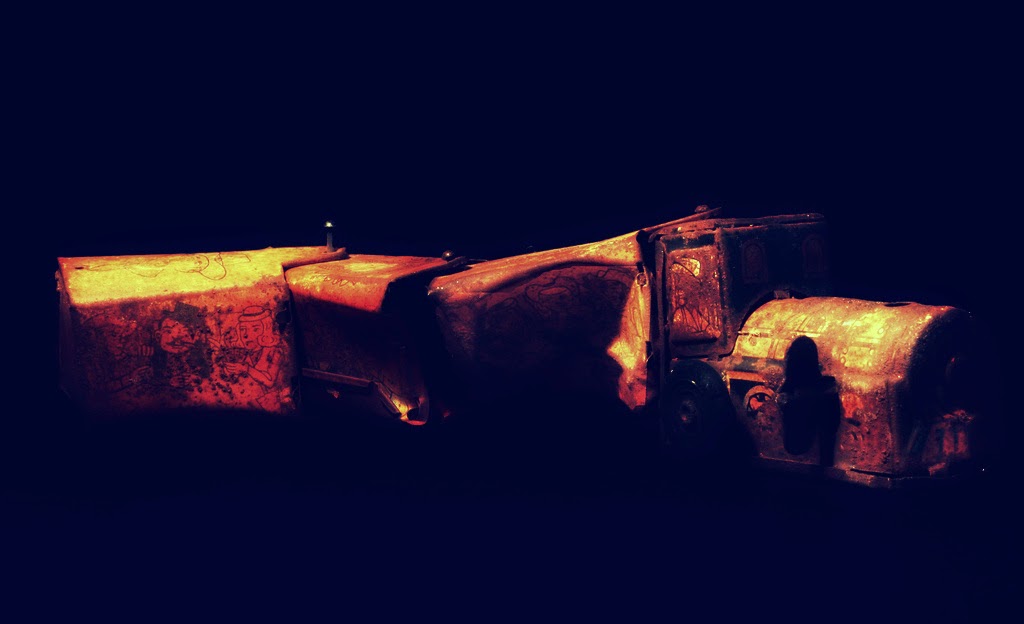 What The Old Woman Said About Love

After spring has brought her basket of eggshells
and autumn has pulled her naked tent-pegs
sixty-six times,  love looks mostly
like a toy with all its wheels off, laid down gently,
left out to revolve in a kaleidoscope of rust;
or a glimpse of blue wings moving,
disappearing in clear day, some legend's
feather passing, blurred in the ache of sky.

Sleeping senses kick up a clumsy memory
of summers you breathed roses
on the terrace of my breasts, when stars
sifted down, sand-paintings in your eyes,
pinprick constellations on a floor of desert night.
What was it I said, dancing out the story of tomorrow,
pattering on dust, how it could never end?
How it would last, because it must?

Email ThisBlogThis!Share to TwitterShare to FacebookShare to Pinterest
Labels: 2015, 3 AM again, blue wings, cailleach, can't get blood from a moon