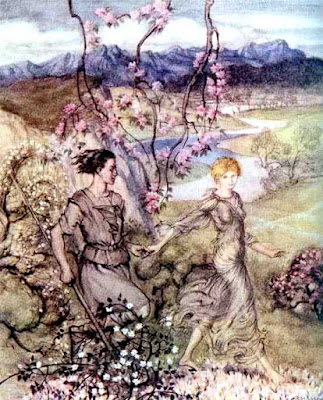 Fairy Tale
Princess Moonzumi and Prince Heart-of-Ash
were betrothed as children through a looking glass.
She never knew him. He never saw her,
just a shadow that moved in the mirror's blur.
Prince Heart-of-Ash learned bard song and sword,
to jest with a blade and kill with a word.
Princess Moonzumi went out every day
to dance with the Sidhe where the dogwoggles play
down in the mud, up in the scud,
around the green tree that sheds no blood.
She knew every fae in the wild dark wood
and they taught her to fear the evil in good.
Princess Moonzumi and Prince Heart-of-Ash
were married in autumn when the east winds thrash
as the leaves fell like fire on earth's mirror-face,
and they loved each other for a year and a day.
Then Prince Heart-of-Ash took his sharp bright blade
down to the wood where the dogwoggles played.
The princess died like a mouse in the leaves
for a lie in the heart only ash could believe.
September 2022 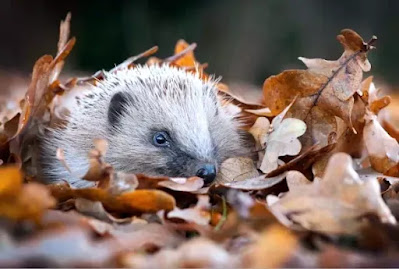 posted for earthweal's
Ekphrasis Earth
and
dVerse Poets'
Poetics: The Good and the Evil

Sidhe/SHē/noun, plural noun: Sidhe: the fairy people of Irish folklore, said to live beneath the hills and often identified as the remnant of the ancient Tuatha Dé Danann.

Note: I wrote the seed of this poem while running a fever a few weeks ago, but the prompts shaped it to final form. Apologies if I have stretched the boundaries a bit on what was requested.
Images: Mammal in Leaves, author unknown, courtesy of earthweal   Fair Use
They went hand in hand in the country that smells of appleblossoms and honey,  © Arthur Rackham, Irish Fairy Tales
Fair Use
Posted by hedgewitch at 11:18 AM 23 comments:

Email ThisBlogThis!Share to TwitterShare to FacebookShare to Pinterest
Labels: back in the long ago, dances with mice, ekphrasis, faerie tales, fever dream, liar's moon, no cure for the maenad's bite, spellsong, witchlight 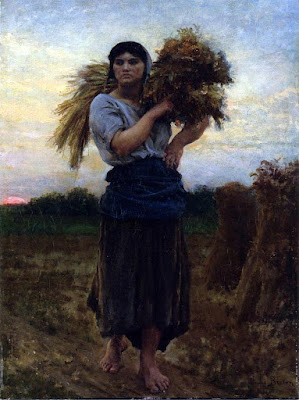 The Scarecrow's Sister
(a 55)
The scarecrow's sister
feels the breath of November
scans the valentine of Winter
sees her brother surrender
his Eden again to Martinmas weather,
mocked in a cornfield
crestfallen with crows.
Tho his overcoat's empty
as her sentimental replay
of Romeo reborn,
she knows Spring will raise him
high on his stick
alive in the corn. 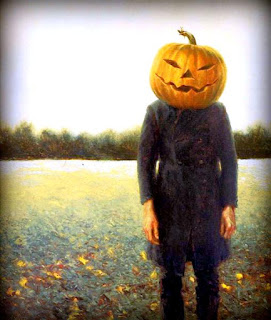 Email ThisBlogThis!Share to TwitterShare to FacebookShare to Pinterest
Labels: as the crow flies, coming and going, field of dreams, for the g-man, friday 55, harvest home, won't forget to put roses on your grave

Lonely As A Dream 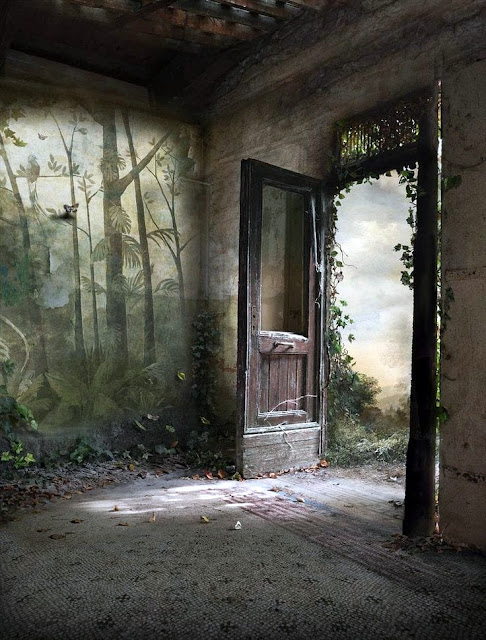 Lonely As A Dream
"Everything's a dream when you're alone."
~Wes Craven
If
you come through the door
you see at once it's an old woman's house
smelling of apples, eucalyptus
and yellow books rhyming by size.
Nothing is new.
Incense
burns in the bedroom
for the sake of a man's memory
smoking and braiding in soft light
that slips through heavy drapes
like a thief. There is silence.
Peace
is there, and emptiness.
The ghost has learned to
keep to its corner, and seldom speaks to
the woman who gambles with words
in the hunger before dawn.
She's
the laugh no one hears
at  the midnight carnival,
the road no one takes
winding back on itself, the sprout
light's pulled too thin, too tall
in its mirror, shadow.
Besides
the dream, she knows only
a sky flat with heat
that eats birds and rain,
a plague without cure
that stretches its dead skin
to infinity.
But
everything passes. To all things come
this tension of maximums
just before the breaking
and the letting go.
September 2022 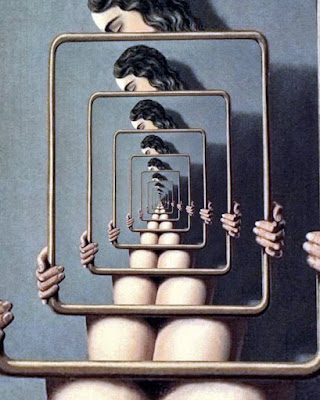