When the moon
is winking
like the Grey Sisters’ eye
passed from housetop
to housetop, glassy bright
and wide as a fawn’s,
I feel your touch;

wind in the night
cool on fever’s summer.
Your kisses taste of a rain
that breaks the drought,
your look slips over skin
wet and terra cotta slick
as the clay on the wheel.

Run your potter's hand
across my back,
reshape my days, my nights
with a maker's fingers
then fire me
where the blaze
burns morning white.

Paint my curving sides with a
bard’s young colors: jet and gold,
blue as the wandering sky,
jade, yellow, crimson
with every flower;

then take me to the well
where thirst is quenched.


The Graeae: old women", "grey ones", "grey sisters", or "grey witches"; alternatively spelled Graiai (Γραῖαι), Graiae, Graii), were three sisters who shared one eye and one tooth among them. They are one of several trios of archaic goddesses in Greek mythology.....~wikipedia

Email ThisBlogThis!Share to TwitterShare to FacebookShare to Pinterest
Labels: 2011, 2020, blue sky, evening song, interior paramour, it might have been, the old gods' libations, witchlight

Welcome to this month's edition of the Friday 55, where the only rule is to write a poem, piece of prose, prose-poetry, or flash fiction on any subject, in 55 words, no more no less. This is a writer's challenge that begins at midnight on Thursday and is live through 4:00 PM Sunday, CST. No Mr. Linky here, so just copy and paste your link in the comments, and I will be by to read what you have written.

Comment moderation is off but the blog author reserves the right to delete entries or comments at her discretion.

Here is my own offering: 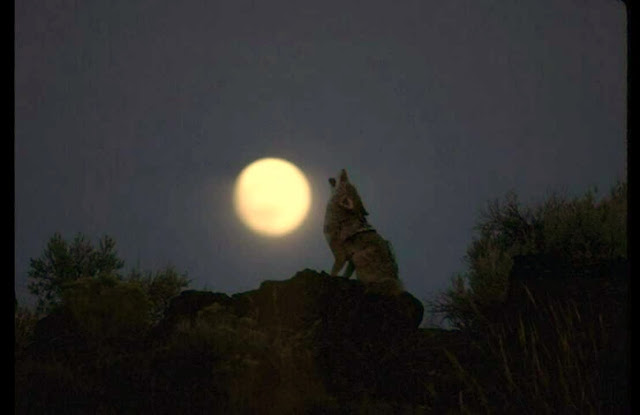 Pain
is the coyote
that follows the wolf.
Bones are enough
from another dog's kill.
While the brain locks in shock,
pain eats its fill.

When
the gash has
been made, the organ
worked loose, then there
comes the howling hour,
the pull and crunch of coyote's jaws;
pain's tongue-lolling grin
outside death's den-door.

Disclaimer: Coyotes are a misunderstood animal, and no animus is meant against them here. They have an important place in the myths and lore of many cultures, as well as the ecosystem, and a right to their lives and habitats. I ask coyote's spirit to excuse the poetic license I have exercised in choosing him for my metaphor.

Image of coyote howling with full moon,  2011, ©hardcoreturkhunter, via internet   Fair Use

Email ThisBlogThis!Share to TwitterShare to FacebookShare to Pinterest
Labels: 2020, blue ruin, dances with coyotes, for the g-man, friday 55, pure pain, rock and a harrowed place 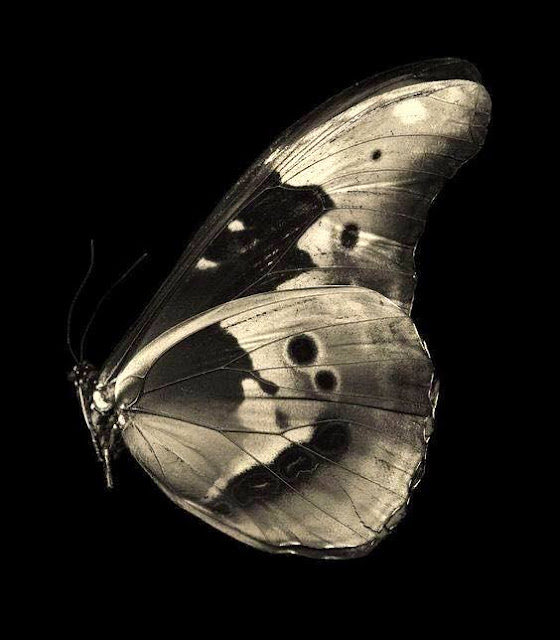 I made my home
on a broken world
that I found in the space
between breaths,
golden dark as your eyes
long ago
fireflies, quenched moons
yellow with light in
the river mist.

Time crawled out
on my veins
like an inchworm and hung,
a floating cocoon
spun from brown autumn's dust.
One dream
in a decade kept a blind sun's vigil
on the soft shape within, and

time's opalescent shell
pledged a constancy malleable
to the formless thing
growing her wings.
All this while

I wandered as a wind
in the tree of bound hours,
up and down, warm
in your scent of basil and chai

til the years at last
became harder
than miles

til the earth became still
till the flowers sighed,
waiting for time
to fall or fly. 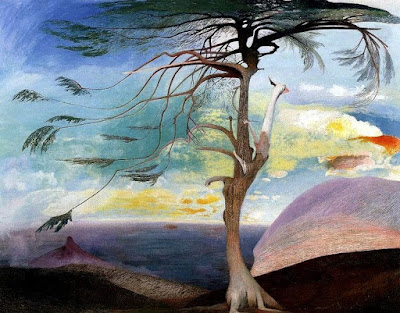 posted for earthweal's challenge
A Clockwork Green
Brendan asks us to look at time, the natural world, and many other things this week, out of which I chose : "What happened to time? Spin the clockfaces crazily and get a feel for a present both timesick and solastalgic."

Email ThisBlogThis!Share to TwitterShare to FacebookShare to Pinterest
Labels: 2020, 3 AM again, blue wings, dances with moths, heart is a lonely flyer, interior paramour, moon landing, time flies when you're flying 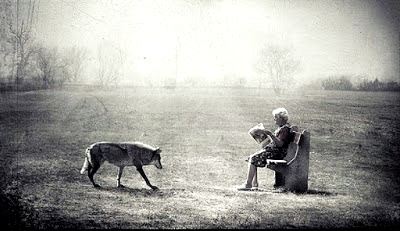 It was a day where even
the rain holds a grudge.
I'm too dry for rain
to do much good; too old
for paper castles
to wall out
the night coming,
the grey wolf walking.
Only love can do that,
on the last afternoon

when I'll
hold her head
heavy with wolf-dreams
on my knees.

a 55 for
The Sunday Muse

(and a reminder that the Friday 55 will be next week) 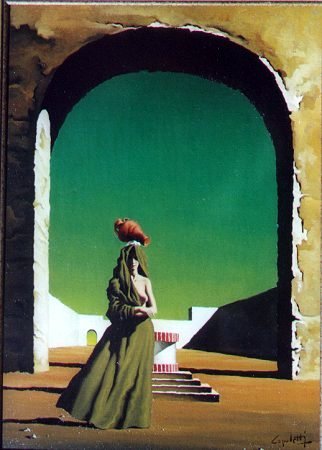 Una Fantasía de Barcelona
"---Soledad of my sorrows, the horse that runs away
finds the sea at last and is swallowed by the waves.
---Don't remind me of the sea, for the black pain springs
from the land of the olives/under the rustling leaves."
~Ballad of the Black Pain, Federico Garcia Lorca
~*~

apricot clouds, as they sway
past umbels of oleander
from Morocco,
black-red in pale tubs.

In the crimson sun of noon, she rides
a burning bull to the market
peonies flaring his nostrils,
with eyes of yellow wheat; his horns

of sand gore the stone streets
to a delirium of olive trees. Silver bells
shimmer cries, murdering dusty nothing
in the corners of the dark church.

Barcelona in the tourmaline night
remembers her gulls, her gannets and
shearwaters, singing sailor's ballads
to the white stucco walls that

crack with the loss of the sun,
songs of the runaway horse
racing blind to the sea cliff,
where in freedom he drowns,

lyrics of power and terror, of
flying moons and sinking ships,
and the sweet rustle of the one
who settles in the nest.

Barcelona at dawn
opens herself to me on
her bed of shells, solid as sea foam,
womb-warm and fragrant with

her thousand desires; but
my heart is a white petrel flying
far, far over the razor waves, who
never means to land. 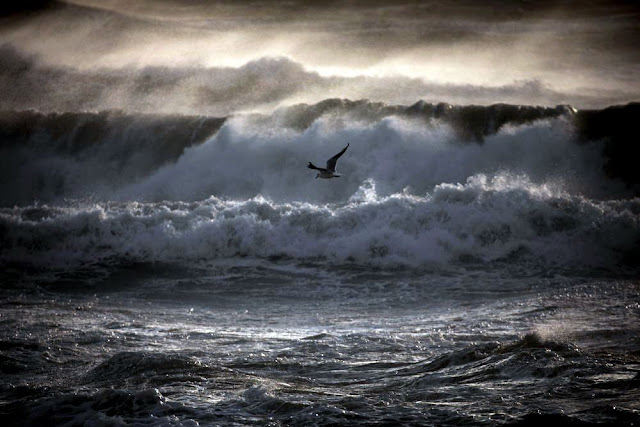 
Note: This is about a fantasy of Barcelona, as the title suggests (except that oleander does come from Morocco.) I have never been to Barcelona except in this poem.


For all the earthwealers, in the real world Barcelona, like the rest of the planet's coastal cities, is exposed to the dangers of climate change, and recently underwent severe flooding from Storm Gloria
".. along the east coast of mainland Spain. The worst coastal flooding was reported around the Ebro river delta south of Barcelona, where the storm surge swept up to 3 kilometres (1.9 mi) inland through low-lying rice paddies. In Lloret de Mar and Tossa de Mar, sea foam whipped up by high winds moved inland from the beach, blocking streets. At the Port of Barcelona, waves crashed as high as 7 metres (23 ft) over defenses, flooding coastal properties..."~wikipedia
Video clips of the foam blocking streets are quite striking.

Email ThisBlogThis!Share to TwitterShare to FacebookShare to Pinterest
Labels: 2020, falling is like flying till you stop, garden of earthly delights, Lorca, music of the spears, sea change, secrets of the birds, witchlight
Newer Posts Older Posts Home
Subscribe to: Posts (Atom)