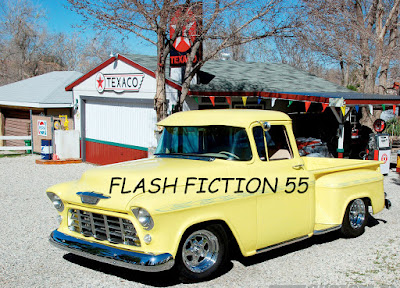 Welcome all, to our first Friday 55
of the new year.

On the last Friday of every month, I will once again host the opportunity to have both a kick-ass weekend and share a poem, piece of prose poetry or short fiction on any subject;
in fact, whatever,
so long as it's in the form of 55 words, no more, no less.

This is an informal sort of place, so there's no Mr Linky. Just copy and paste a link to your 55 in the comments.

Here's a link to the html code for those who like to leave a short and neat one word link.


Here is my own contribution: 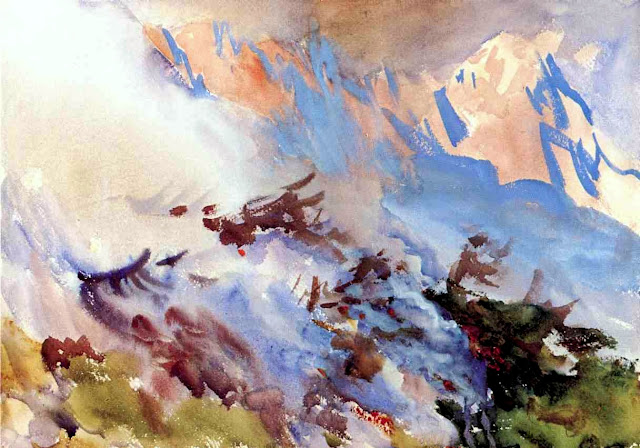 One marriage that burned,
another that froze,
one dead-alive so long ago,
a breath of dream for a child to grow;

all lost in the time-storm's
rosemary-spice,
all holocaust
with an angel's form,
and a devil's price.

But a silence of moon,
the windowing woods,
a widowing wind,
ink's sudden flood;

these now are good. 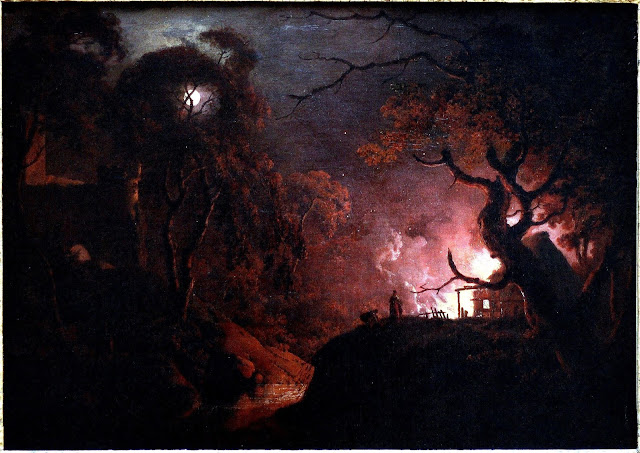 The 55 is a writer's challenge in exactly 55 words, initiated years ago by Galen Hayes, and when he passed on, continued at various times by The Imaginary Garden with Real Toads, Kerry O'Connor, and by me. When I began doing this prompt in 2017, I wrote a lot about my feelings for it and for poetry blogging. If you'd like to read the background material, you'll find it here, in my Friday 55 Preamble Wanderings.  Unfortunately, the prompt will not be weekly at this time.

Email ThisBlogThis!Share to TwitterShare to FacebookShare to Pinterest
Labels: 2020, back to the drawing board, book of the dead, but still, for the g-man, friday 55, give me back my bullets 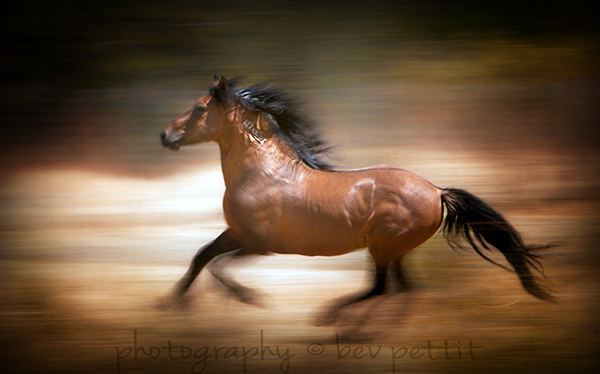 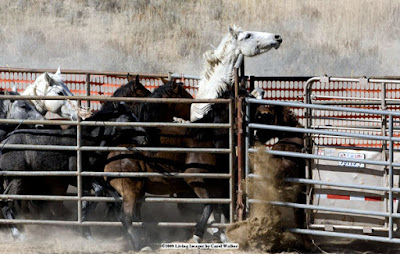 would it be as it was, hard with
love and leaving,
full of the boy who wasn't ours,
of jaguar ghosts, bankrupt sacrifice;

an emptying out, a fumbled
passing on?

55 sharply falling degrees, once for the g-man,
and once more for
earthweal Open Link

Process notes:  BLUE NORTHER:    Refers to a swift-moving cold frontal passage in the southern Great Plains, marked by a dark, blue-black sky with strong wintery winds from the northwest or north and temperatures that may drop 20°F to 30°F in a few minutes. ~weather.com

Image:Storm Front by Vicious Kitten on the now obsolete flick'r  Fair Use

Email ThisBlogThis!Share to TwitterShare to FacebookShare to Pinterest
Labels: 2013, 2020, 55, born to run, boy from oklahoma, case of you, losing what you never had, Tejas 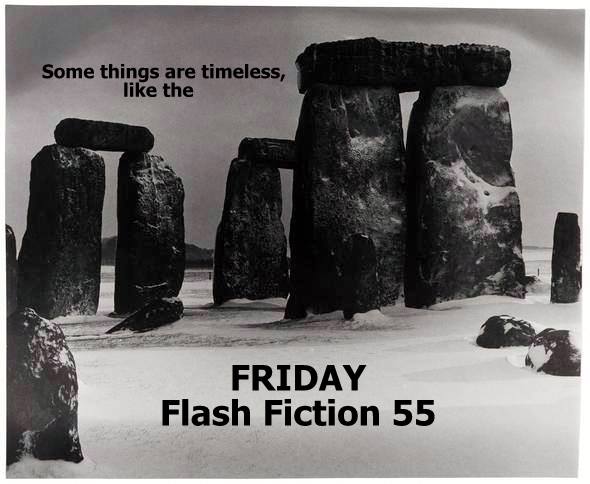 Just a reminder,  as stated earlier this month, next Friday I will be reviving the Friday 55. The 55 is a form I learned of from a great-hearted and generous man named Galen Hayes, also known as the G-Man, who in the earlier days of the blogosphere posted a writing challenge every Friday: to link a poem, piece of prose, prose poetry, or anecdote on any subject expressed in 55 words, no more, no less. He welcomed all comers, and all forms, though his own posts were usually humorous asides accompanying photos. 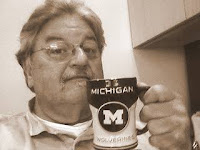 After he passed several years ago, he handed the torch
to The Imaginary Garden poetry site, now archived, where it was continued as an alternate prompt. Then I took it up for awhile, til my personal situation made it difficult to continue, and Kerry O'Connor held the fort. Now that things are calmer here, I hope to be able to host this challenge again.

It will appear on the last Friday of each month, starting next Friday, January 31st, beginning at 12 midnight CST, and lasting through Sunday. I invite anyone and everyone to have a fling with it (in exactly 55 words, no more, no less.) The challenge is for writers, and the form can be prose, poetry, non-fiction or fiction.

Look forward to seeing you next Friday!

Email ThisBlogThis!Share to TwitterShare to FacebookShare to Pinterest
Labels: 2020, for the g-man, freakin 55 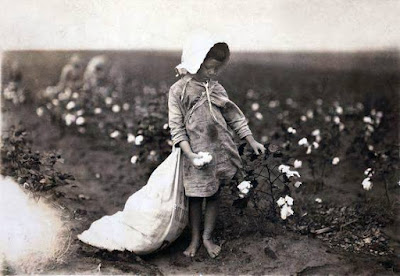 I went to sleep
in the cotton rows
child's hands raw,
belly empty as
my mother's brown eyes
that hot day she left me
alone by the river mud's soft folded stink.

I cracked my lids
in the hard nitre'd bed where
time cries out loud in the torture of change,
where rain becomes air
on dry roserock hills, deep in the gulch
where the snake promised water
and had nothing but dust

visions without sight,
day without night. I was small as
the sand when I rose up again
on the last thermal's wings,
on the story of gulls, on the wild windy
ballad the dark singer sang
to the tide in my bones. 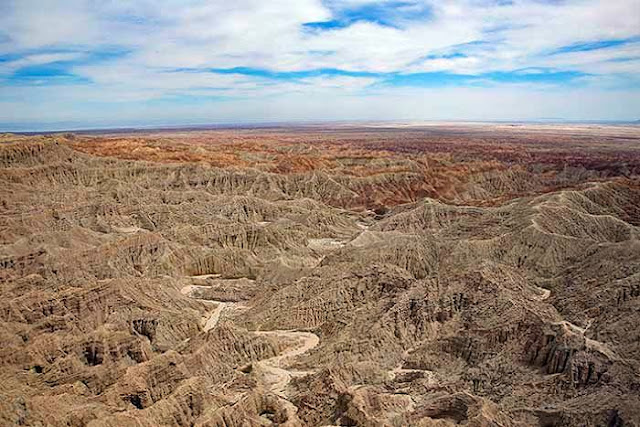 Process note: I've tried to present here the transition from the presence of water, to its absence. The bottom photo is of natural geologic erosion in the Borrego Badlands of California, and the top, work in the cotton fields possibly in Oklahoma(?) around the turn of the century.* This poem tries to bridge the gap between, for what are fields now may in the future become the desert landscape, moonlike and barren, that the climate has made of the badlands, which extend over much of the western part of the US, from New Mexico to California.

Header Image, *Picking cotton, author, location and date unknown, from an Oklahoma heritage FB site, public domain (the people on this site discussed their memories of grandparents or parents hand-working the cotton fields in Oklahoma as children. Oklahoma still grows cotton and was the fourth largest producer in the US, according to this 2017 report. )
Footer Image: Borrego Badlands, California USA, author unknown, Fair Use.

Email ThisBlogThis!Share to TwitterShare to FacebookShare to Pinterest
Labels: 2020, blue nowhere, dry as dust, into the badlands, snake in the lass, witchlight 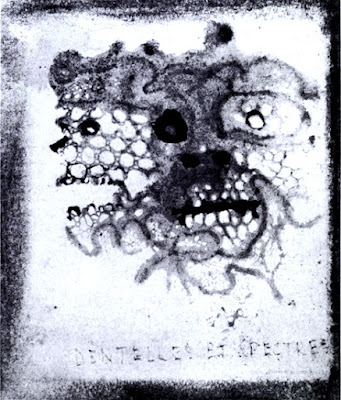 The harvest is lost in the fields
when you're riding the crest of the flood;
spring is forever gone south
once winter gets into your blood.

Do the spirits you send me at night,
who twitch in the day's flame of dream,
long for a life behind glass
where their grief-mirrors silently scream?

I hang up their bottles by noon
as the mist leaves the prickling wood;
how it crawls where the heart cannot come
for winter has got in its blood.


Don't haunt the dead doorway tonight.
Don't put your white worm in the bud.
Don't look through the glass like you know
that winter was born in my blood. 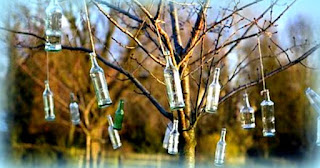 a quick singsong, for Fireblossom at

"In old southern tradition, hanging bottles from a tree is intended to catch or confuse negative spirits.."