You were so willing
to shine like hell
to use me up like gravity
to be the sun
that pulled my face to follow  it
twisting, beaming while parching
then gone into darkness.
I learned
the bitterness of baked sunflowers
in a land of drought.

Now I'm hardpan clay--
but still
I miss the dance.


55 drooping petals for  the g-man


an Open Letter of sorts 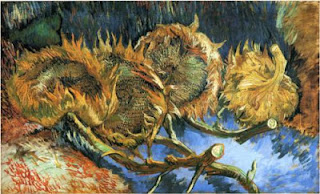 Found this clip of an old album which has some ...interesting music and poetry reading, including Swinbourne and a poem of William Blake's called Ah Sunflower, which starts at 2:01--caveat, this is not for everybody and contains adult material, as well as a lot of off-key notes,so if you go straight to 2:01, you'll miss everything but the silly version of the poem(though I like the songs before and after a lot, personally:

Hover mouse for attribution on top photo, or click to go to the photographer's page at flick'r Creative Commons.
Bottom image: Still Life with Four Sunflowers, Vincent Van Gogh, 1887
Public domain via wikipaintings.org
Posted by hedgewitch at 10:55 AM 28 comments:

Email ThisBlogThis!Share to TwitterShare to FacebookShare to Pinterest
Labels: 2013, but still, flowers of Dorian Gray, friday 55, garden of earthly delights, losing what you never had, real toads 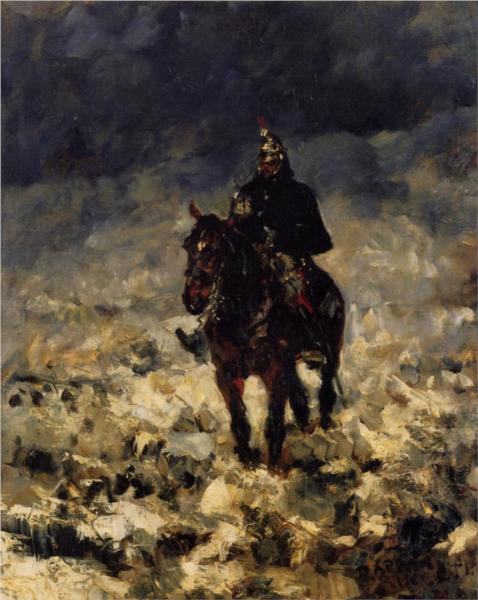 It started the other day
and dripped over tomorrow
from the bottomless bottle:
the syrup of Sanctimony,
the wine of Denial
the milk of Monotony
the sweet juice  of Ego,
seeping. Tomorrow's edges
curled in the damp and melted away,
papier-mâché pulp-shaped to another day.
Stark karma they say, or the wages of sin,
the white worm within; where everything's
stolen,  having nothing is earned. So drink
by all means--drink again, but leave me dry.

posted for   real toads
Sunday Mini-Challenge: 14 Liners
Isadora Gruye of The Nice Cage blog lends her striking photographs to Kerry O'Connor 's  challenge: 14 line poems, sonnets or otherwise. This is an otherwise, but I include a previously written and flawed sonnet , massively REwritten for this challenge (and for fun.)

Thanks, ladies, for getting me to finally clean up this one:

Will New Year bring a pair of secateurs
to deadhead all my wild-seed elflock flowers,
unfinished blooms of rainbow, these my fleurs
du mal et de bonheur in columned hours
tossed into a loathesome braided trug
of blades, composted in forgetting dryrot heat,
or bring a plague of wasps to buzz in my mug
so each sip's a sting to a thirst long incomplete?

But I dream he comes, his arms full up with days
his pale star hands seed-scattering in the skies;
with a quirk and puff of dawn’s seducing ways
to bring the wine of a kiss without goodbyes,

a song on the moon, a sigh you can’t conceal
that opens the flower, feeds and makes it real.

I dreamed a life where being was enough,
where the past was only compost-covered snow
hard frozen but remote and not renewed,
saw verdant in the end a green sheathed globe
with a cold that didn't matter at the core.

But dreams dissolve, while winter has a way
of building ice that overtakes the clay.


Hover mouse for image attributions or click picture to go to photographer's page at flick'r Creative Commons
Posted by hedgewitch at 6:30 PM 28 comments: