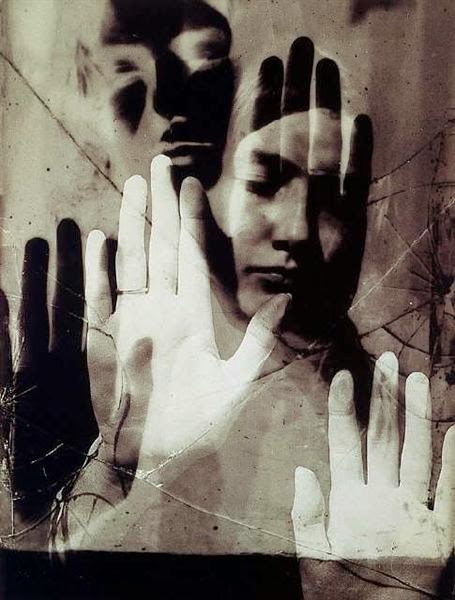 It's hard
to climb out of a painted grave
ochre on your palms,
pearls collapsed at your feet
fear in your arms

trapped in a box
with two many sides
flimsy, unsafe, yet much too tight
each wall a blind face of reason denied

drawn to a puzzle
for the sake of the wit--
break all the pieces,
then say you've solved it--

while a thready voice
goes on and on;
the more it belts out the story,
the madder its gone.

Challenge: Feeling So Deeply It Hurts
Today Magaly's prompt is to exlore the confluence of pain and emotion, or as she says more clearly:
"With this poem, show how an emotion might increase physical pain, and vice versa."


Image: Dora Maar, 1936, by Man Ray
Fair use via wikipaintings.org

Posted by hedgewitch at 9:41 AM

Email ThisBlogThis!Share to TwitterShare to FacebookShare to Pinterest
Labels: 2015, April with Magaly, blue dark, everybody knows this is nowhere, into the prism, never get outta these blues alive