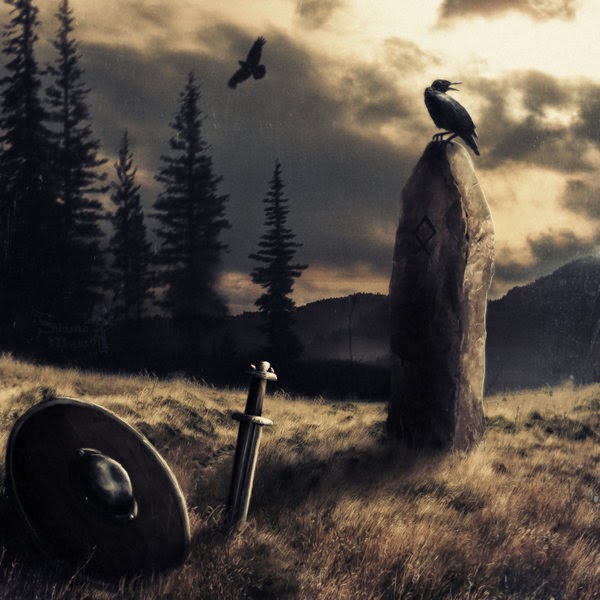 A warrior sings his death song:
'We struck with our swords.
I saw a host that morning
bow before the blade's edge...'

When his life completes, a man sings
the ravensong; he tells of his deeds,
enemies dead at his feet,
beasts brought to their knees.

'We struck with our swords.
the slain lay athwart one another
the spear-clash's cuckoo [the raven]
was cheered...'

At days' end, an old woman
sings her tale of ripe womb-apples
each more a battle than the wolf
at the throat, the axe-arc, the sword swing.

A woman sings her death song:
'In blood I brought forth,
at breast I nursed them on
and some yet stand to take me home.'

Can there be no other tune
to the ravensong then; only birth
and death under sun or moon,
for when the end comes?

'We struck with our swords;
it wasn't like a warm bath...
I saw the battle-moon burst
broken were the lives of men...'

'We struck with our swords
so it then was destined...' but what
of the one who sings of the day
the soil broke for the hand-rake

how the black earth was bent,
for the far-furrowed seeds
with unwavering intent
not to bear grain but only feed bees,

how nothing was slain, nothing was made
but color and scent, how a hand,
stretching, was put on the wind,
and it covered the land.

'We struck with our swords
So long ago it was...
[If] hope of life is lost now
laughing shall I die." 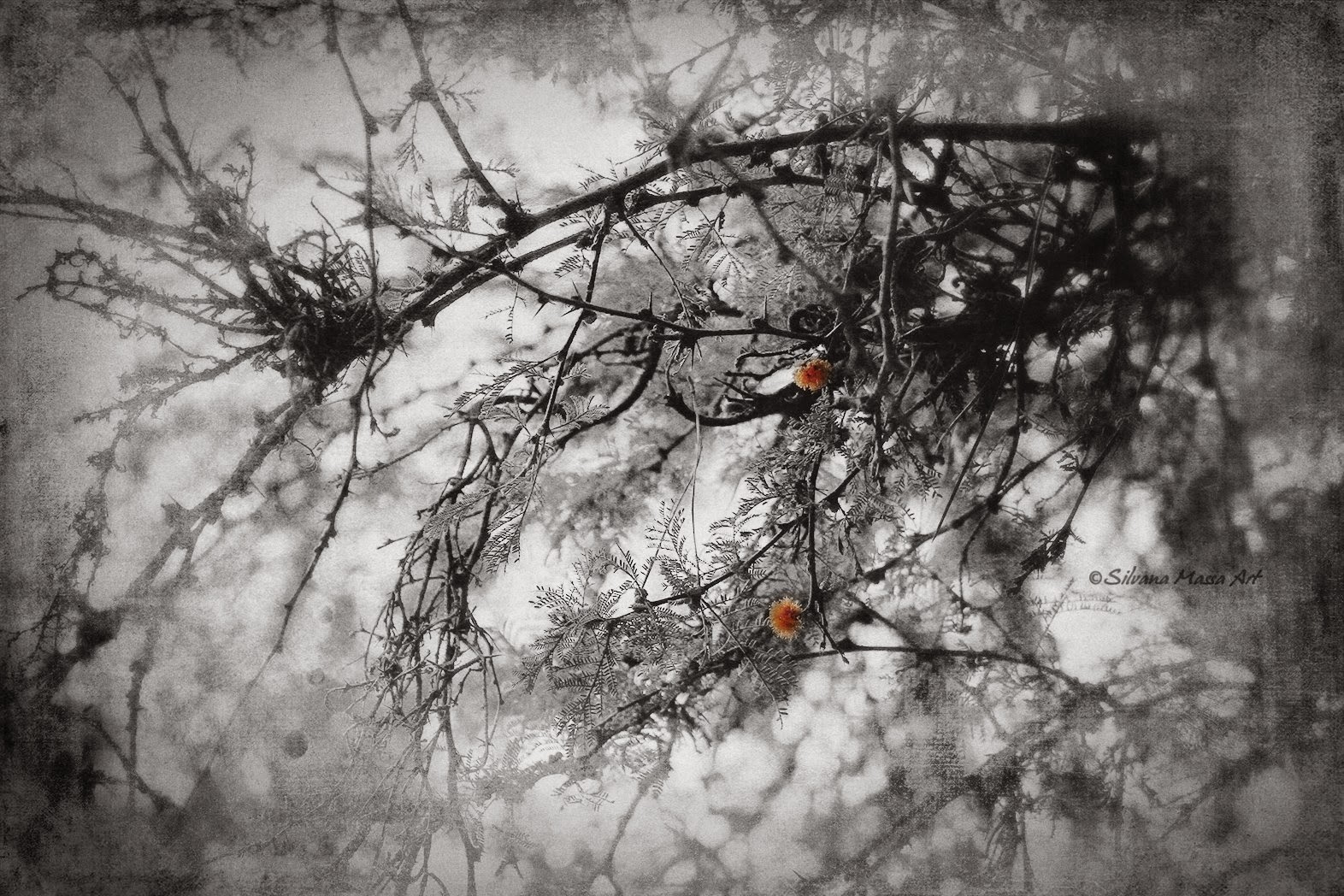 
Challenge: Fireblossom Friday
Shay (the Word Garden) wants us to write a song lyric today. Because she knows me well, she has given me personal permission to go back a few dozen centuries, and even stipulated that I could include Vikings, and severed heads if necessary. Taking great liberties with sequence, I have chosen to present excerpts of a very ancient poem, called Krákumál, which is written in ten line stanzas in a particularly tricky skaldic form, which I have not tried to reproduce, using a more traditional English form, the ballad, as my base, though I have mostly replaced the traditional ABCB rhyme with just meter and slant rhyme.  Krákumál was almost certainly meant to be recited  or sung as a sort of chant, or lyric, so hopefully between the skald's words and mine, I have met the challenge.
More info below.

Process notes: Words in italics are from Krákumál, translation, Ben Waggoner. The phrase 'the spear-clash's cuckoo' is a skaldic poetic device known as a kenning, where an obscure but descriptive set of words is used in place of a more common term. In this same fashion, 'the battle-moon' refers to a shield, and I intend 'ripe womb-apples' to mean grown children.

Krákumál or the Song of the Crow ( in Old Norse: kråka= Crow) concerns events in 9th century Scandanavia and the British Isles, but dates in its first found instance to around 1230. It ' is an example of a "life-poem" (aevikvida)...in which the speaker reviews the deeds of his life, often as he is dying...similar poems exist in other early...languages, such as Beowulf's death speech in Beowulf. Krákumál may have been composed in Orkney or Scotland...the style is similar to known skalds [there]..." ~Waggoner, The Sagas of Ragnar Lodbrok 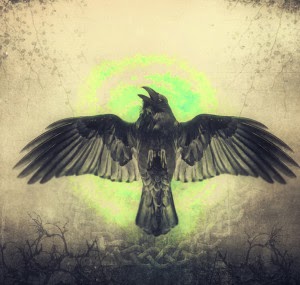 Images: all rights reserved by, copyright and  courtesy of  Silvan-Massa at Deviant Art, reproduced without any modifications.

Posted by hedgewitch at 9:31 AM