Folly Of The Tulip 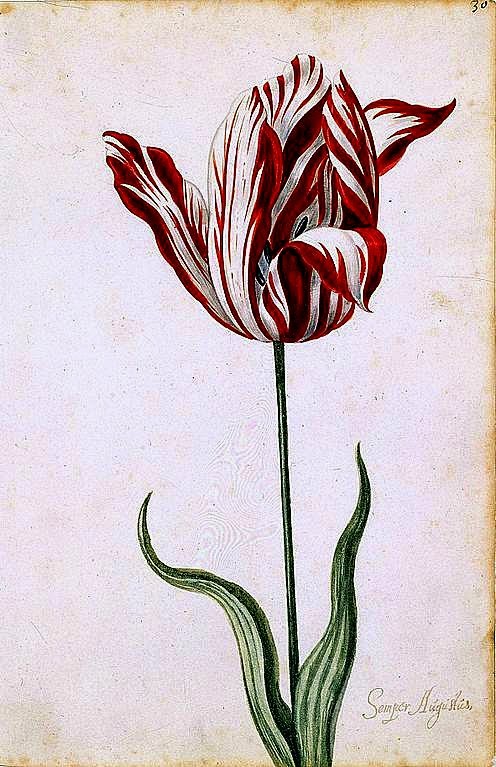 Folly Of The Tulip


In his first life,
he studied hard
these things: loving, giving
and forgiving, but
failed his ordination, and burned
the useless parchment of his notes.

In his second life, he found
a way to turn a flower to
a  florin, to a hundred thousand,
to raise gold from the dead dirt
and push the rumor of its breath
around the world.

He sold miracles in tulips
before the big panic; dreams in
a single bright-flamed bulb,
its colors broken, at a price
that beggared any skill in

until the bust turned gold
to empty air, blown
to hell on the bloody
plague-ship's sails
and every coin was scattered
burned and blackened.

Feverish, he thought--
before the bright flames ate all thought--
the night wind brought
the smell of burning parchment
as the candle flickered out. 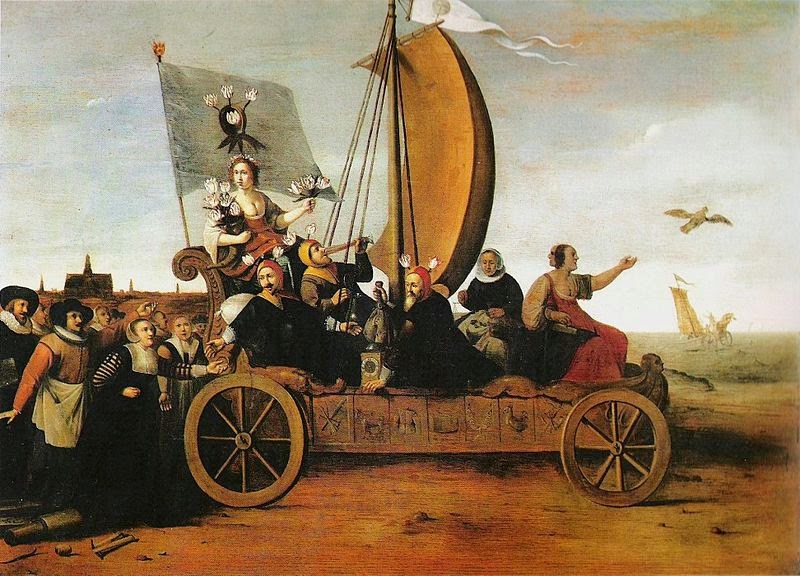 Challenge: The Folly
It's my privilege to host today's challenge, which was to write a poem inspired by the concept of the architectural feature known as a Folly, among other things.
(For full details see the link above.)
I chose to write to an historical parallel of J. Whitaker Wright's scams, the Dutch Tulip Mania of the 17th Century, the very first 'economic bubble' off which insubstantial and irrational fortunes were made and lost by market manipulation. It's possible it was, most appropriately, ended by  an outbreak of the Black Death.


Process notes: a 'broken' or 'flamed' tulip is one which has been infected with a (harmless) mosaic virus which produces streaks of two separate colors in the petals. These tulips today are usually called 'Rembrandt' tulips, to disassociate them from their rather dark history.

For those interested in more detail on Tulip Mania, see wikipedia.

Images: Semper-Augustus Tulip, artist unknown, 'famous for being the most expensive tulip sold during tulipomania,' Netherlands 17th century.
Flora's Wagon of Fools, by Hendrik Pot, 1640 "Allegory of the Tulip Mania. The goddess of flowers is riding along with three drinking and money weighing men and two women on a car. Weavers from Haarlem have thrown away their equipment and are following the car. The destiny of the car is shown in the background: it will disappear in the sea." ~wikimedia commons
Public domain