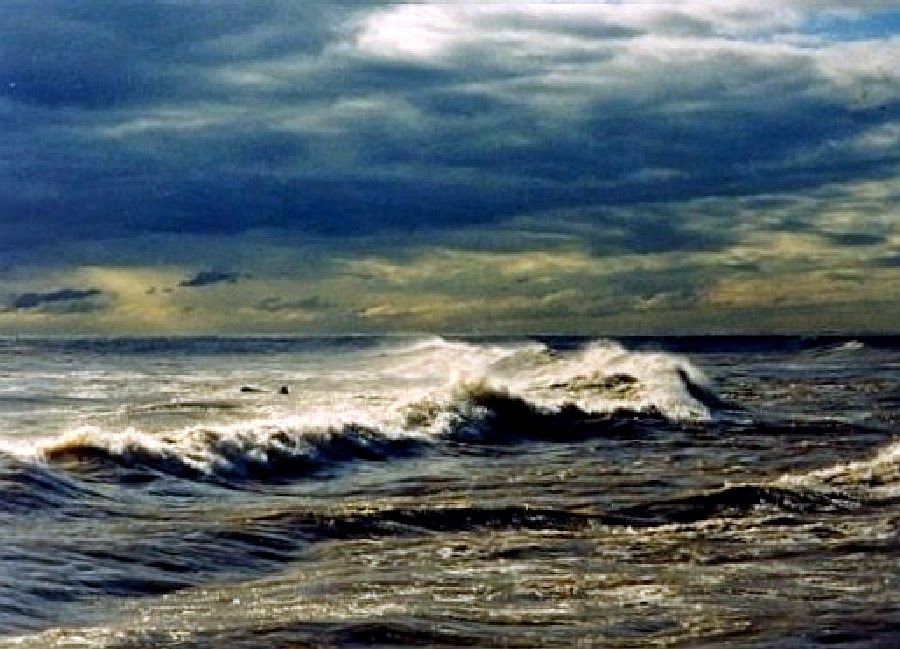 The lake and I had
an understanding; I gave her
seeds and roots, the stranded dead, rocks,
and the things that are broken by rocks
and she would dissolve me
off that poisoned shore, re-
place me, suspend me, teach

the words
to her lullaby waves, croon-
curled by a mother's hand,
each replicant stroked singular
from the fleeing horizon,
forever a promise.
I had her mutable

possessing sky
wind for a towel, a piano,
a  thick book of tales
written in lettering twisted invisible,
drawing the silence of dusk and dawn,
star, sun and moon
so I would know its name.

There where wet air
whisked whispering to peaks
white as cream--beaten, soft
yet standing, standing--
where light and shadow painted
their example,

though I was not water, to live with her
ninety-nine years, though I could not
foam twenty-two thousand miles,
I had my time of knowing
what to do.
I learned all my imperatives
and then I flew.

Challenge: What Sparked Your Poetic Heart
The buoyant and gifted Magaly Guerrero asks us to tell of a poet or work of art that set us on our poetic road--I have written that poem already a few times ( Caryatid, The Farewell Book) so I chose to show another departure point, how finding the power of something not made by man influenced me, and in fact, saved me.

Process notes: Lake Michigan has a surface area of approximately 22,300  square miles . The residence time of its water, ie mean time the water spends in any particular lake, is 99 years. For more information on the lake I grew up with, see wikipedia

Photo: Lake Michigan -Waves Off Zion, by Andrea Jaeger Miehls, Source
Posted by hedgewitch at 7:50 AM