'Lily called another bet/and drew up the Jack of Hearts...'


We played our game of chance
on a table slick
with wagers of wind
winnings of clouds
for lovers turned cheaters.
You'd already palmed the Queen of Night
to deal me the Jack of Storms.

You pulled in the chips
carried bent coins and paper
off in your pockets.
I can't say I even counted
just how much I'd lost
to that flickering face
seen for only a moment,

that smiling Janus-queen
who took my jack
for want of the king
left
up your sleeve. 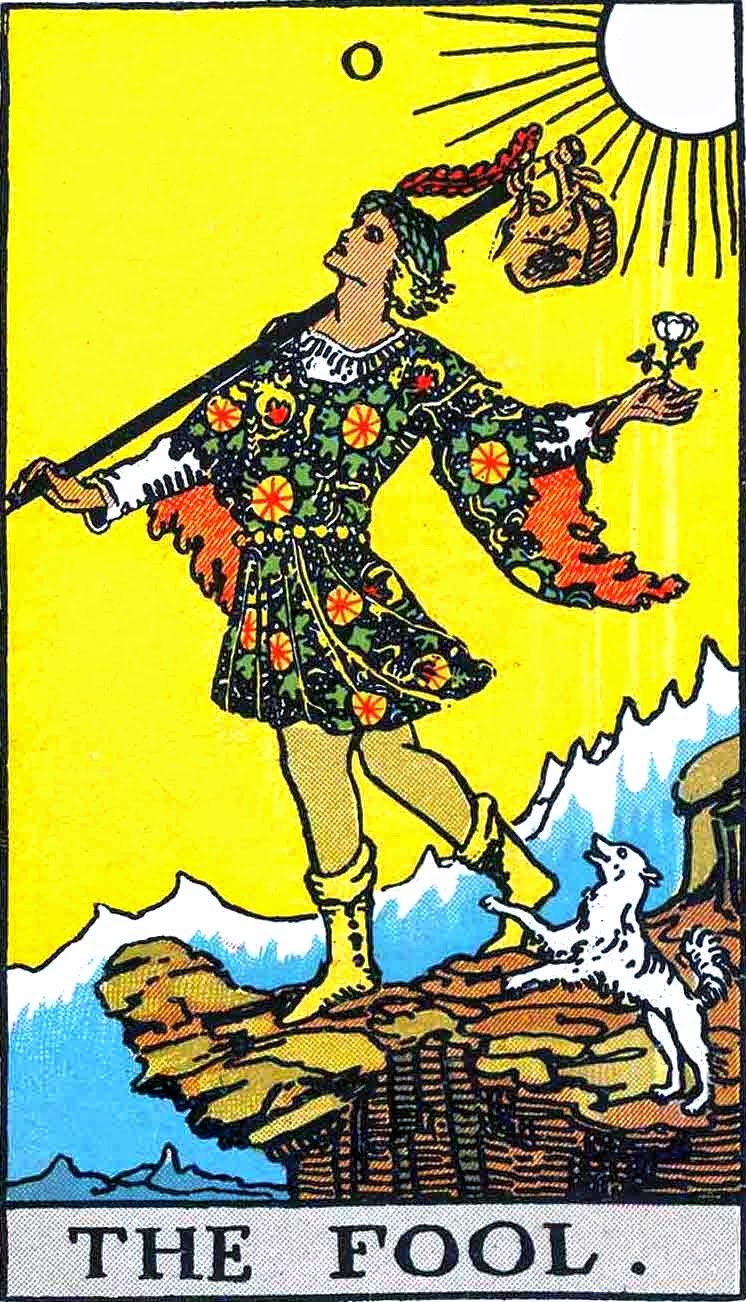 Challenge: Words and Art
I chose music rather than visual art. This is a dashed-off poem I wrote from a phrase that came in a dream-- jack of storms---which immediately reminded me of this rather silly, longwinded Bob Dylan song/ballad, (which I do love  but for which there's no need to listen to all nine of its gymnastic minutes) and I offer it very unseriously to this prompt in the spirit of April spontaneity.

Process note: Janus is the god, who, like a playing card, shows two faces.

Image: The Fool, from the Rider-Waite Tarot Deck. Public domain.

Posted by hedgewitch at 9:50 AM

Email ThisBlogThis!Share to TwitterShare to FacebookShare to Pinterest
Labels: 2015, 3 AM again, ballad, casting the runes, playing with a fool deck, real toads