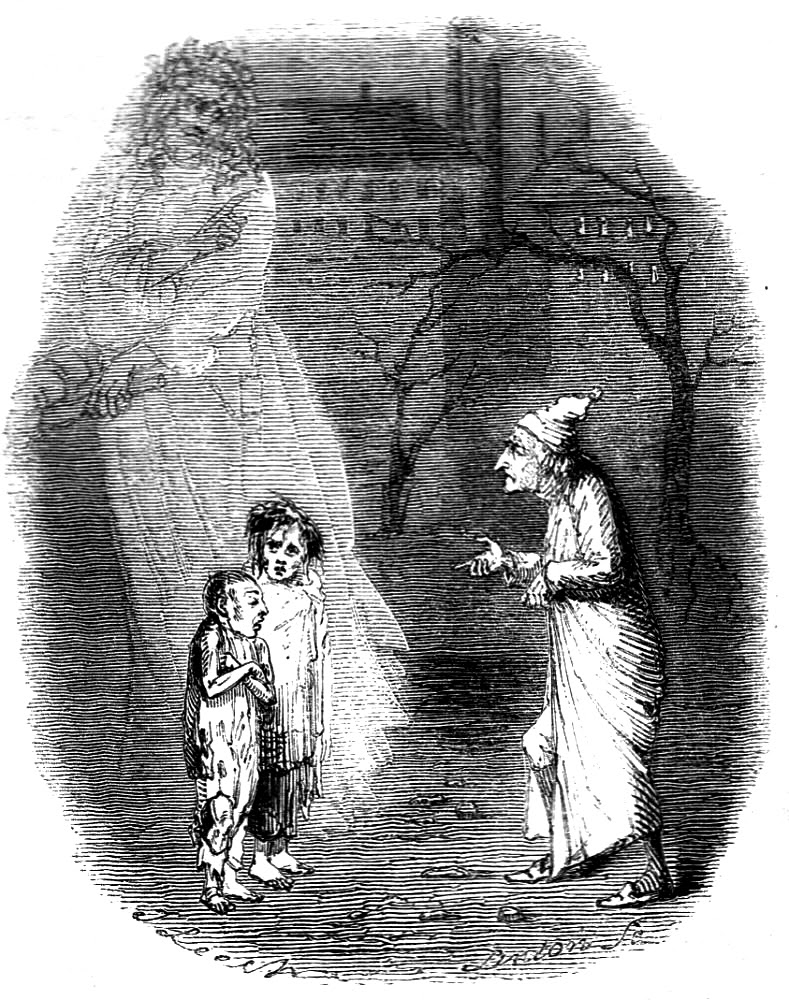 Mr. Dickens Almost Goes to Washington
I dreamt that Marley’s ghost
had come to Washington
in his grave clothes, pulling his
account books,
money boxes and chains
across the cold Atlantic,
stumbling up the Capitol steps,
a staring corpse messenger groaning,
clanking, sent to cry out loud enough
to wake the dead conscience
pickling in its
golden green brine.
Scrooge was playing troglodyte chess
with rocks and clubs in the marbled halls.
He never stopped speaking as the chains
wrapped across his aureate, vibrating throat.
When the Ghosts of Cataclysm Present
and Future showed him Ignorance,
and Want; his own face in the mirror
of poverty, his own feet running
in the stampeding chaos just outside his
triple latched door,
his hundred million silent children,
he knew his lines by heart:
"Are there no prisons?
Are there no workhouses?"
I woke up alone,
looking back at the dark
chambers where Scrooge,
not Marley, not the Ghosts
nor Dickens himself,
sat writing the ending.