Circe Speaks
After twenty-six cups of wine
a warrior turns into a swine.
They called it witch's sorcery, poison lore;
but really, all I ever did was pour
~August 2012
Posted for   OpenLinkNight   at dVerse Poets Pub
A short one, to make up for all the long ones, and double shots lately. I *have* included an extra, completely optional poem, for those who care to go there, though.
~*~
Circe Speaks also appears at Imaginary Gardens with Real Toads today, as part of a personal challenge writing exercise on bad girls and the bad, bad things they do.  Since Toad-in-Chief Kerry O'Connor has suggested it, if interested you can read my sonnet inspired by Lady Caroline Lamb which also appears there below: 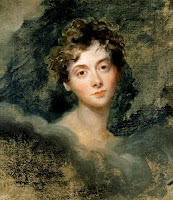 Caro's Sonnet
I saw your midnight eyes fix on me, love
without a speck of kindness in their glow.
I should not have loved this long, to see you prove
my point: 'mad, bad, and dangerous to know,'
but your spoken candle threw a luring light,
the moth soul shattered its shell of silent doubt.
Then thirst and scorn gave in to lover's night
till the moth was dead, the candle guttered out.
It seemed well worth it, all the things I lost,
my place, my peace, my sanity at last
to chase your lies and never count the cost,
to drink your hate, for love emptied too fast.
The dust of that scarlet poppy fills my cup;
now all that's left me is to drink it up.
~August 2012