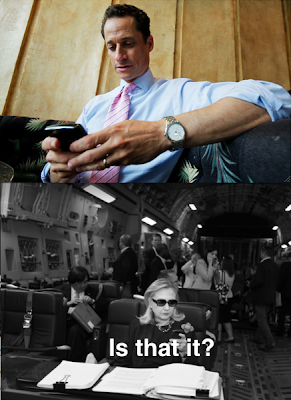 Four politicians sitting on a fence;
one showed his Weinie--away he went.

Three politicians going out for lunch;
one had surgery so he can't eat much.

Two politicians knocking on the door;
one promised change then dropped it on the floor.
One politician waiting all her life
to be something besides that Somebody's wife. 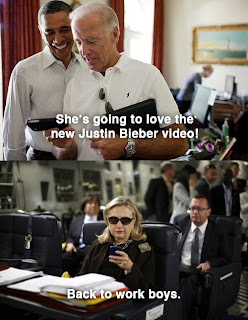 Process Notes: Hey, I can't always have weird dreams just because it's Friday 55.

To those fortunate enough to live outside the US, please forgive the tedium of American political obsession here. I am referring to a recent scandal and to some past and present contenders in the quadrennial White House gladiatorial combat. You probably don't want to know.

Images sourced from Texts from Hillary

Posted by hedgewitch at 7:23 PM

Email ThisBlogThis!Share to TwitterShare to FacebookShare to Pinterest
Labels: 2013, D.C. after dark, friday 55, no intelligent lifeforms, plague of locusts