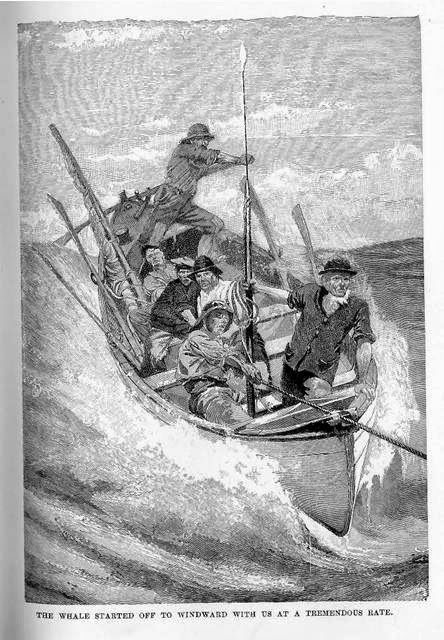 we stood together lost in the ringing bell, letting the lies line up
like sleeping lemmings where the ocean kissed the cliff.

Under the mince of stars, in the salt-pillared  cathedral,
harsh darkness saw our fingers arch in a mockery of prayer

never real until the sacrificial smoke, the cinder-heart slowburning
at the altar of remorse, the drowning man's communion of vanity and shame.

From the manger where the newborn thing is safe to cry, the blessing
comes still bleeding as each flimflammed shoddy spear begins to break

in the lunatic captain's hand; on the last Nantucket sleigh ride
scarred whales may live to fight again, and killers die. 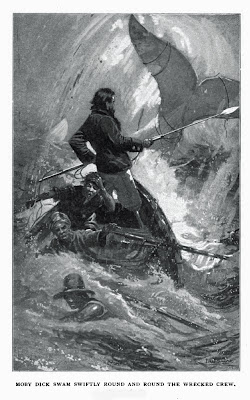 Fireblossom Friday: Redemption
Never one to shy from the larger elements at play in our world, the inimitable Fireblossom has chosen redemption as her challenge today. Specifically, she wants us to write about 'renewal and hope.' Not my strong suit, but I did my best.

Process Notes:  from Wiktionary.org: Nantucket sleigh ride: (idiomatic) An obsolete and dangerous method of whale hunting in which a small boat manned by rowers and a harpooner, or a series of small boats tied together, would be attached to a whale by means of a harpoon and would then be towed by the creature at high speed across the water's surface, until the whale eventually became exhausted [*or broke free.] *bracketed addition mine


Images: Top: An engraving from "The cruise of the Cachalot"
Footer: 1902 illustration for Herman Melville's Moby Dick via wikimedia commons