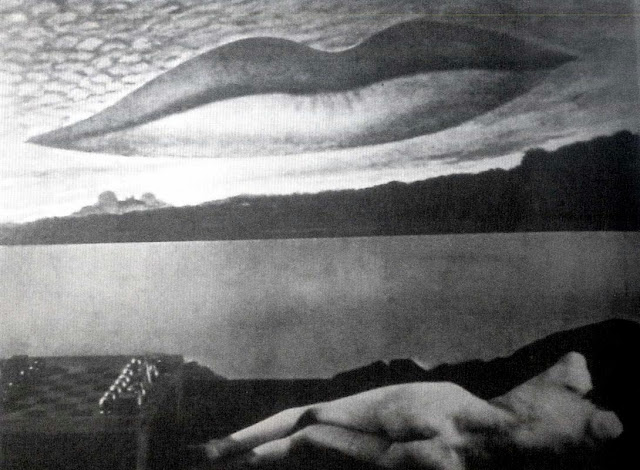 Time has taken my sex
and snapped the tongue
from its stringent bell;
my heart no longer beats a wind
that blows to own the night,
but trips and

as if my breast
were made of falling feathers
drifting in autumn light
white among the scarlet leaves
like the airy swirls of mist
that pass for thought,

as I deadhead my rosary
of each exhausted memory.
The astringent nyx of
Novembers remembered
slides her turquoise lips
into a smile,

a naiad singing still
beneath the thin blue ice
of forsaken winter,
and over the wet south wind
I hear the name she calls
her fingers fitful tapping;

feathers of snow
above and dropping
notes of softened cold that
tumble down
tickling an invisible ear
with distant music: 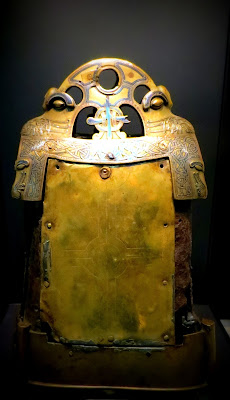 
Nyx: the sister of Erebus, associated with night in Greek mythology, also: nix, nyx or nixie,(Germanic) a shape-shifting water sprite.

Apologia: Karin was kind enough to share some of her thoughts for this challenge with me early, as she knows I do not write well spontaneously. Therefore, this poem (and the writing exercise on 'I remember'  that birthed it)was started well before the misery and horror that took place yesterday in Paris --I apologize for being so out of sync with that here, and feel that I should write something on that subject instead, but I just am not as yet up to it.

*For those interested: "The Bell Shrine of St. Cuileáin or Glankeen Bell is a mediaeval Irish bell shrine found near Borrisoleigh in County Tipperary, Ireland. [It] was made in a number of phases. The inner iron bell was made in the 7th or 8th centuries AD. The more elaborate outer case was produced in the early 12th centuries AD...The enamelled and niello inlaid crest of the outer case is decorated in the Ringerike style, which reflects the influence of the Vikings on contemporary fashion."~wikipedia

Posted by hedgewitch at 1:48 PM

Email ThisBlogThis!Share to TwitterShare to FacebookShare to Pinterest
Labels: 2015, bell of glass, cailleach, music of the spears, real toads, spirits of air and darkness