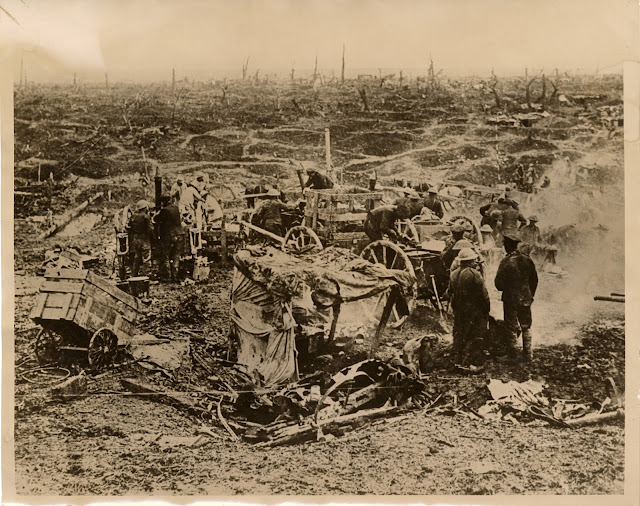 she got no letters from the front; even
the green calligraphy of trees was mute
foddering the feast of fire and gun;

just a telegram to say they both would know
how the moon delivers a thousand nights of snow. 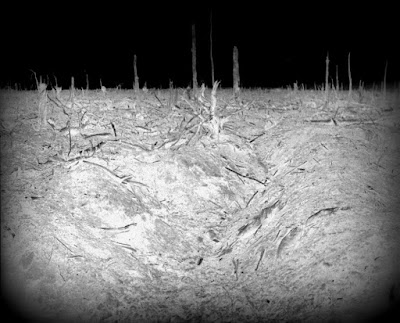 The French and British had committed themselves to an offensive on the Somme during Allied discussions at Chantilly, Oise, in December 1915

Images: public domain via wikimedia commons:
Somme, showing field kitchen [from an album of World War One-related photographs of William Okell Holden Dodds. Brigadier General of  the Canadian Expeditionary Force in 1914]
An abandoned German trench [in Delville Wood near Longueval, Somme, France during the Battle of the Somme, from the British Imperial War Museum collection, manipulated.]

Email ThisBlogThis!Share to TwitterShare to FacebookShare to Pinterest
Labels: 2016, 55, can't get blood from a moon, devils dictionary, dreams of the snow spirit, everybody knows this is nowhere, horrors, real toads