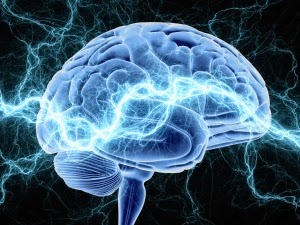 
They gave the wide-eyed eccentric
the wild electric

there's a  price for every metric,
every loggorheic epic

showing we pull from world-bone

a hole
that goes systemic,

and fill it,
anthropocentric.

So they made
his dialogue enteric,

changed everything he said
and killed his head. 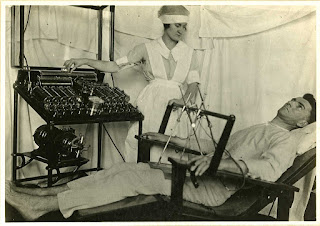 Notes: I often used to add abstruse words to my 55's to tease the G-Man, who would pretend he didn't get it, but of course, we knew better. So this one in particular, despite its rather grim subject matter, made me remember him.

"Ernest Hemingway, American author, committed suicide shortly after ECT at the Mayo Clinic in 1961. He is reported to have said to his biographer, "Well, what is the sense of ruining my head and erasing my memory, which is my capital, and putting me out of business? It was a brilliant cure but we lost the patient...." ~wikipedia

Electro-convulsive therapy (electro-shock) is still considered a valid treatment for depression and other mental illness, despite mixed evidence of its effectiveness, and can still be administered without consent in some situations. You can find a list of other famous people who have undergone it HERE.

Posted by hedgewitch at 3:19 PM