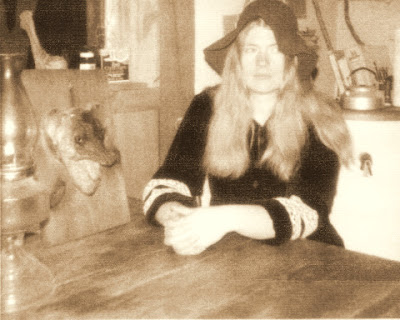 Forgive the long screed, all, but these thoughts have been brewing in my head a long time.


The world of blogging has changed a lot over the last seven years. I remember how excited I was when I encountered my first poetry prompt site, and how amazed I was at all the other writers out there who read and commented with such enthusiasm on each other's work. It was exhilarating, intoxicating, and inspired a flood of writing and of relationships that otherwise I'm sure would never have occurred. A few of these relationships remain, and are among the most significant ones in my life. Yet blogging feels like it's dying.

When I began 'archiving' my poems here in 2010, I never expected anyone to read what I put on my blog--well, now except for those few friends who still remain, those expectations are unfortunately realized, not just for me, but for many of us. All the fervor and fun seems to have seeped away like the helium from a child's balloon. Lots of people in our never-large community are laying down their pens, closing their blogs, or just dribbling out a poem when they can on Facebook.

I've had all these symptoms of bloggery malaise myself. I've resigned from every prompt site I ever volunteered for.  I've closed this blog at least four times, and taken extended breaks many more times than that. And who knows, I may again. But I've found I can't live properly without my poetry.

I can't pinpoint when the camaraderie of writers became instead a burden of obligations, but it did. The muse refuses to dance, and however willing the spirit, the voice becomes quieter and quieter, til now it's damn close to silent.

The saddest part of this is that we have never had times that needed poetry and camaraderie of kindred spirits more. One of my favorite prompts to nudge me out of the unable-to-write doldrums used to be the Friday 55, a flash fiction meme run by a unique human being named Galen Hayes, otherwise known as the G-Man, from his site, Mr. Knowitall, where this simple notice of his passing says all you really need to know about him.

He had a kind and often hilarious word for anyone who participated in any form--so long as it was 55 words, no more, no less. He always felt more like a friend than a 'site administrator,' made you feel that there was a real and human relationship happening, as if you stood face to face with him, he with you, and with all the people linking, and missing a Friday was just...not fun.*


The fact is, everywhere, no one seems to care if you have a kickass weekend or not any more, or feel that there is a relationship between those who come to a meme and peoples' real selves. (I maintain there is, because there are no selves more real than the ones we reveal to each other in our poetry.)

So, purely for myself--and for old times sake, a little--I have decided to begin writing a 55 word piece--no more, no less--each Friday whenever I can, posting it here, and calling it what it was always called--Friday 55.

It won't be the same of course. Many of the 55ers are long gone from my sphere in one way or another, and I am no Galen Hayes and never will be, but I remember him and what he did for me and so many others. Anyone who wants to is invited to join me in the writing, and if you leave a link in the comments--or the 55 itself, or tell me you have one on Facebook, I will be delighted to read it.

I will reprise the gist of this on Friday when I begin this personal journey, but I wanted to get this up so my few but dear readers could digest it ahead of time. Love to all of you, hands across the chaos, and let us all do what we can to keep our love for words and those who work in them alive. 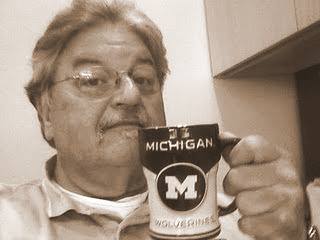 *When Galen passed, the Imaginary Garden With Real Toads took up his meme, but even in such good hands, and despite gallant attempts to carry on, it only appears occasionally; I make no attempts to compete with that of course. This is not about the dreary rounds of Mr Linky.