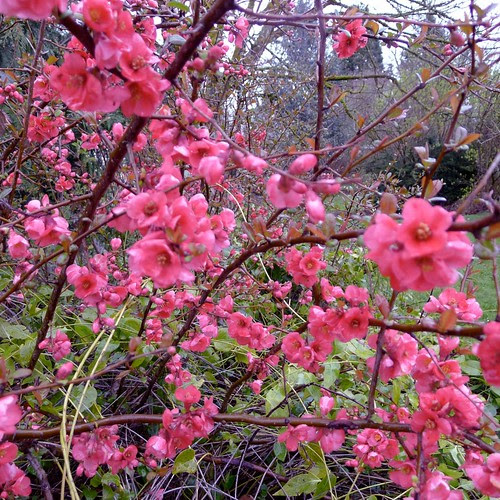 Life in death, wildfired and torched
over every branch, its ending
smoothed by something born
swelling in promise:


Quince
(shorter, as a shadorma) 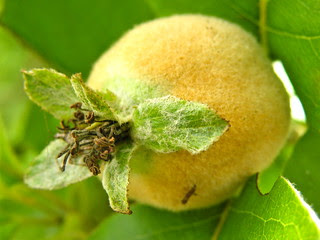 posted for  dVerse Poets
Poetics: Short Verse
Fred Rutherford's challenge is to tell a complete story, and to 'maximize effectiveness' through brevity. I wrote the first version of this free verse, then decided to see if I could shorten it by using a favorite form of mine known as the shadorma--a six line poem with the syllable count of 3-5-3-3-7-5. I'm not sure which version is more effective as they turned out rather differently. Thanks for the challenge, Fred.

Process notes: Paris green: " is an inorganic compound more precisely known as copper acetoarsenite. It is a highly toxic emerald-green crystalline powder that has been used as a rodenticide and insecticide, and also as a pigment, despite its toxicity..."~wikipedia

Quince, on the other hand,  are completely edible and non-toxic, but extremely bitter.

Definitions of burlesque and masque.

Email ThisBlogThis!Share to TwitterShare to FacebookShare to Pinterest
Labels: 2013, dVersity, flowers of Dorian Gray, shadorma, what we're given, winter blue