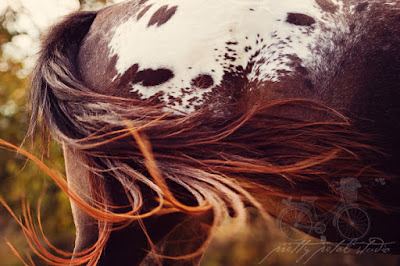 You rode in from Calgary on
the appaloosa moon, all in white
above her speckled flanks;
another cosmic cowboy
looking for a decent rodeo clown.

You took my hand.
put it on your silver buckle.
I felt the corded muscle;
did my best
to dismiss the hat.

You were  sweet as margaritas,
flying god and sinking singer
at stud, a three-time winner
with a kick like
a government mule.

Some (not I)
might think you thicker
than a jug of home-brewed liquor,
but you had your existential
quandaries just the same.

I got it, alright,
you sometimes mumbled
slipping off my bridle,
whispering in my wind-swished hair,
but it ain't consistent.

Nothing is, I said,
somewhat hampered by
the texture of your
soft-breathed reaching nuzzle,
except

hellfire and this hot-ass summer,
and they're not much use at all.
And so I held you trembling
till the bell rang, the chute-gate banged,
and the moon put her head down

while you laughed in the rain:
a horse, you told me, won't buck if it's in pain. 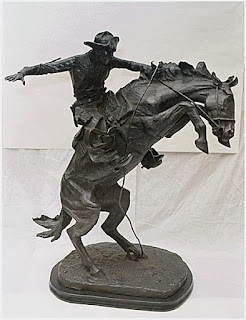 Ella ( Ella's Edge)
asks us to reflect on something we will never outgrow--in this case, one's favorite memories.


Process notes: "...However, while the implied argument ...is that pain is what makes the horse buck, in actual practice, irritants or pain generally interfere with a horse's ability to buck in an energetic and athletic fashion..A horse in pain will become sullen and not buck very well...' ~wikipedia

Posted by hedgewitch at 8:10 AM