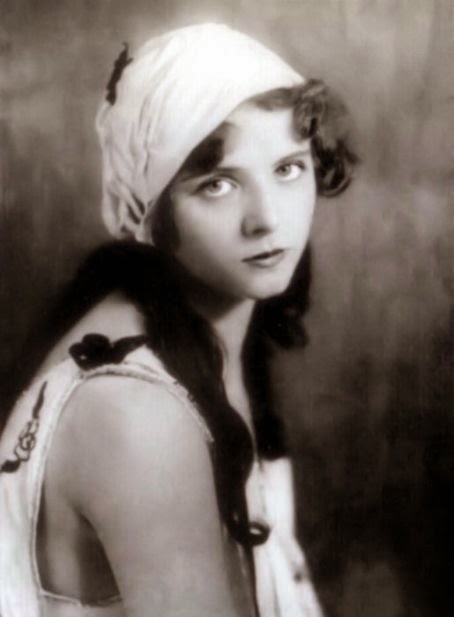 You stand at the door
of the elegant ballroom, head covered,
thin gown. You peek in.
Your face says you know
you're not just the maid who empties it,
you are
the chamberpot. 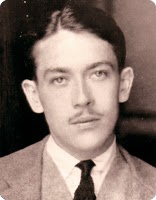 You are young in the long line of soldiers
your face shiny and new,
your mustache as convincing as
a  chalk mark on your lip.
You will bleed at the first
and die at the second shot;
it's all in the eyes of the woman
seeing you off. 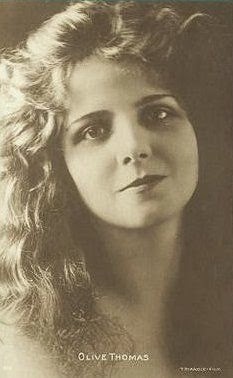 In the garden of money and sighs
contrived as pom pom dahlias,
your mouth is a larkspur, open and
bending with life, your love is the seed that blows
in the wind and behind the wind
you hide the coming rain,
the storms that break trees.

At the society dog show packed
with blue ribbon poodles, tiaras and
dandelion tails, you are the bright-eyed,
the little laughing ferret
slinky and soft, let out of her cage by
an innocent, petted and dropped at the bite,
dead in a spaniel's mouth. 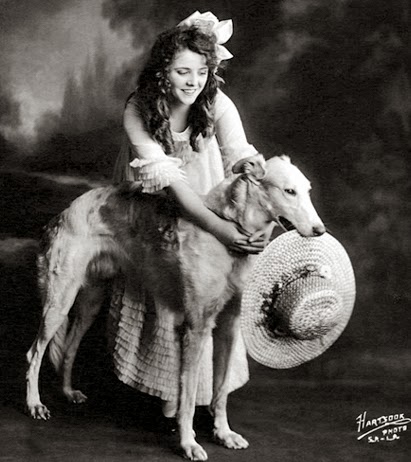 posted for        real toads
Kerry's Challenge: Silent Movies
Kerry O'Conner (Skylover, Skywriting) asks us to transform the non-verbal world of silent film into the very verbal one of poetry. As always, the word 'challenge' is completely appropriate.

Process Notes: This poem just sort of happened, after seeing a video clip at Shay's Word Garden that she chose to accompany her own excellent poem, a montage of silent film stars who died young. I was taken with the face of Olive Thomas, who died in 1920 at 25 after accidentally or otherwise drinking her husband Jack Pickford's syphilis medication, mercury bichloride. Her rags to riches, party girl story is tragic in every sense, and prototypical of Hollywood. Her ghost is said to haunt the New Amsterdam Theater, where she began her career as one of the famous Ziegfeld Girls.