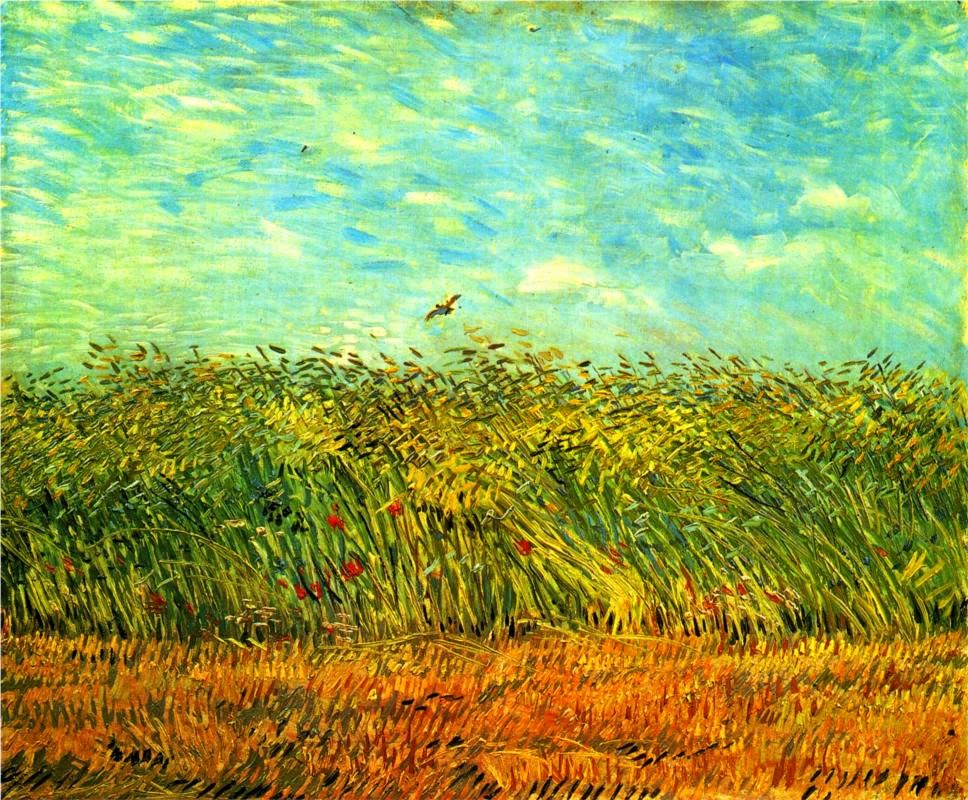 Sunday knows
the space between candle
and  light,
bird and flight;
knows how
(for only a day)
to lose

the treadmill hours
marking warpaint on a skull,
the breathing null
exhaling its glue
to which all things fly
up the smoking week's flue.

Sunday's
closed eyes
remember  sight,
remember
there's no space
between wine and cup
wing and flight
once the bird jumps up. 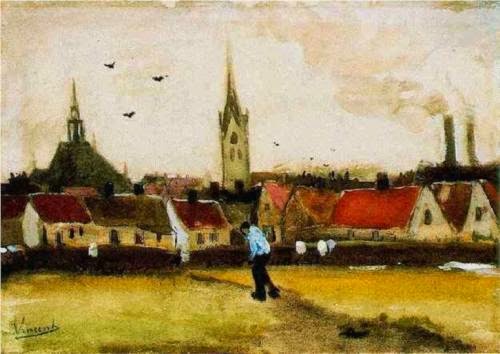 posted for      real toads
Weekend Challenge:Sundays
Kenia Cris(An ExerciseOnExisting) asks us to write on the theme of Sundays. She actually asks for a particular Sunday, but I'm afraid mine is a bit more general. I wrote the skeleton for this poem a few months back, but it had nothing about Sunday in it, and didn't seem to have a point, so thanks, Kenia, for giving this poem a place to go.

Images: Top: Wheatfield With A Lark, 1887, by Vincent Van Gogh
Footer: View of The Hague With The New Church, 1882, byVincent Van Gogh
Public domain via wikipaintings.org
Posted by hedgewitch at 7:51 AM

Email ThisBlogThis!Share to TwitterShare to FacebookShare to Pinterest
Labels: 2014, flat is not flat, real toads, singing for the halibut, something in a sunday