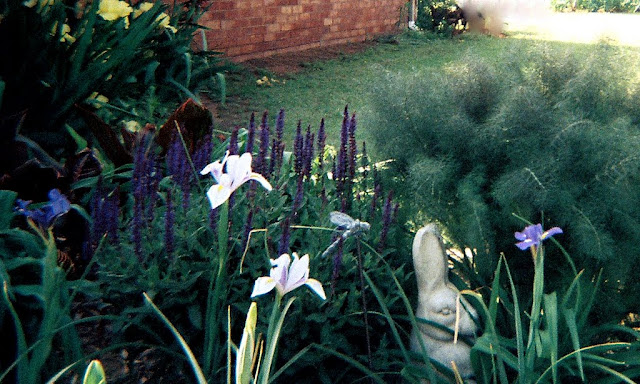 Circle of White
When I was young
down at the feed store
earnestly buying flower seeds,
in jeans dirty at
the knees, with broken nails
the old woman behind the counter told me,
Make sure you buy
some white ones.

Another year, dividing
daylily roots the color of parsnips,
separating twined fingerlets
of old gold crusted in red clay
with the ladies from the garden club, one said
The only problem with daylilies is
there are no white ones.

I looked at her, frowned,
kept the pale cool stream of water
running gently on the fat-toed feet,
mothers and fathers
of bright orange and yellow and pink.

After a rose lecture by a very
old man, forty years
in the glasshouses, come
to teach us type and form,
soil and pruning, texture and scent,
I asked him which
was his favorite rose.

He sighed
his old man's patient
twist of breath,
pretended to love them all,
but when I pressed him
named the Snow Queen.

Now I’m an old woman
forty years in the garden,
witched with white
a circle centered in snowflake flowers,
so simple, so clean
so plain and innocent of thrusting,
that all other colors are truer beside them.

Above the autumn chaos of orange, scarlet,
amber lemon sulfur yellow, dead brown
or hopeful blue gold crouch
of next spring's pansies,
the last white rose calls to the eye,
cold bright and singular
as the first summer lightning
in the night sky,
strong

as the sudden quiet that comes
after tears and howls,
the sleep after too much
Of everything.